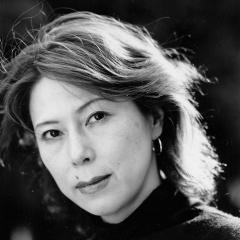 It's the birthday of mystery novelist Natsuo Kirino, born October 7, 1951 in Kanazawa, Japan.  She obtained a law degree after college but couldn't find a job in her profession. Various jobs followed, including stints as a magazine writer and movie promoter. She began writing in her thirties in the romance genre. But as she put it, "there was no market for it". When that didn't work out she turned to mysteries with an emphasis on hard boiled suspense.

Here she found her footing, and wrote several mysteries that focus on the psychological undercurrents of criminal behavior. Her first novel to be published in English, Out, was nominated for the Edgar Award for Best Novel in 2004, the first translated work by a Japanese writer to achieve that milestone. It tells of four working class women who struggle to maintain their families and finances until one woman murders her husband. She seeks help from the other three to help cover up the crime. Their actions lead to disaster. 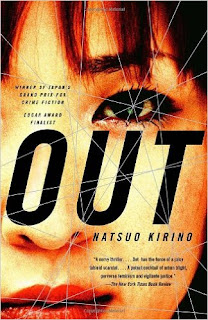 When she published her ground breaking novel Out, it was a shock to Japanese readers. The idea that a wife could kill her husband was still new in Japan due to its traditional culture. As a result, it got a lot of attention. That it was written by a woman was another surprise. It became a best seller and won the Best Japanese Crime Fiction of the Year and the Mystery Writers of Japan Award for Best Novel. She has won six awards for her crime novels.

Her work has been described as 'feminist noir' because many of her female characters live ordinary lives yet become capable of extraordinary action to protect themselves, actions which include murder.
Posted by Picks by Pat at 10:59 PM