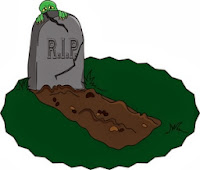 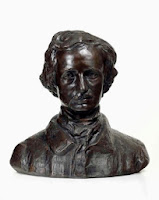 I'm guest blogging over at Writers Who Kill, a blog for crime fiction writers and fans with a great assembly of top notch writers. My subject is A Motive For Murder. Whether it's big, small, complex or simple, every crime has a motive. What's yours?

I also have a video featured on the national website for Sisters In Crime. It follows a discussion by Nancy Pickard and Jenny Milchman on the changes seen in the world of publishing over the past thirty years. Pop on over if you are debating the pros and cons of self-publishing vs traditional publishing. The guests had some wonderful insights.

Have a great weekend.
Posted by Picks by Pat at 7:42 PM No comments:

"All men have crimes, and most of them are hidden."
Maxwell Anderson
Tax Fraud Queen Gets 21 Years in Prison After Taunting Police on Facebook
We all use social media to keep up with friends, share family news, and sometimes brag about our accomplishments. Most of us, however, don't brag about how we cheated the tax man out of 3 million dollars.
Unless your name is Rashia Wilson. The alleged "Queen of tax fraud" recently got her comeuppance when a judge sentenced her to 21 years in prison for tax fraud. Her  confession on Facebook and taunting comments to authorities apparently didn't help her case.
Well, well...what a shock.
Perhaps a little more discretion would have helped.
Three Decade Old Cold Case Solved?
A married couple in their 70s living near Springfield, Missouri have been arrested, and the murders of 4 people may finally be solved.
Alice and Gerald Uden are accused of murdering their former spouses and two children in Wyoming over 30 years ago.
The fact that it took this long to make an arrest may be the most shocking fact about this crime. According to the article, "As long ago as 1989, somebody told police that Alice Uden had confessed in 1975 or 1976 to shooting Holtz (her ex-spouse) in the back of the head while he slept."
Better late than never, I suppose.
Kenyan Mall Looted, Store Owners Accuse Soldiers Who Ended Seige
The attack on an upscale mall in Nairobi, which made global headlines last week, ended when troops stormed the mall and rescued the shoppers. Now those same government soldiers are accused of looting the mall by shop owners.
"The watch counters have been cleared, the jewellery shop is empty, there's no jewellery on the necklace stands," one store owner said.
The government has promised an investigation.
Posted by Picks by Pat at 12:34 AM No comments: