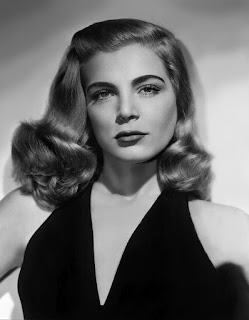 It's the birthday of Lizabeth Scott, born September 29, 1922 in Scranton, Pennsylvania to poor immigrant parents. Her  distinctive voice and seductive looks would make her a leading star of film noir in the 1940s and 50s.

She got her acting start at Marywood Seminary and Scranton Central High School performing in numerous school plays. Her mother wanted her to become a journalist, but Lizbeth threatened to enter a convent if she couldn't pursue her acting career.

After moving to New York, she won roles in vaudeville and Broadway shows but had trouble breaking into film. At one point she failed screen tests at Warner Brothers, International Pictures and Universal. One studio head said of her, "She'll never be a star, only a second leading lady." But others saw her potential. She got her first break starring in You Came Along opposite Robert Cummings. Other films followed.

Her third film, Dead Reckoning, helped establish her reputation as a femme fatale when she was paired with Humphrey Bogart in one of her finest roles.  Bogart played Rip Murdock who investigates the mysterious murder of his war buddy, Johnny. Scott played Johnny's wife, Coral . Mixed up in the story are a night club run by a gangster, an attempt to frame Rip for murder, assorted violence and questionable motives by Coral, who has plenty to hide. 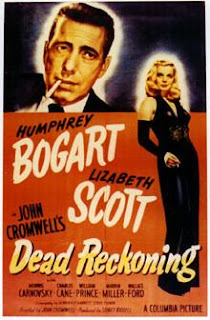 Scott continued to receive roles in mostly noir films where her smoky voice and sultry appearance were a great asset. Many of Hollywood's leading men appeared with her: Burt Lancaster in Desert Fury and I Walk Alone, Charlton Heston in Dark City and Bad For Each Other, Dick Powell in Pitfall, Robert Mitchum in The Racket.

Her movie career was damaged by a tabloid article in 1955 with accusations that she was a lesbian. In the ensuing trial, she failed to win any damages against the publisher. But she continued to appear in television roles and a few films, including Pulp, one of her last roles, with Michael Caine and Mickey Rooney in 1972.

In 1957 she tried to recreate herself as a singer and even released an album of torch and romantic ballads through RCA Victor. But it was her only release.


“What you call film noir I call psychological drama. It showed all these facets of human experience and conflict - that these women could be involved with their heart and yet could think with their minds.” 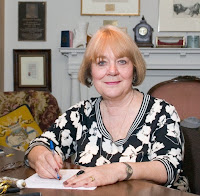 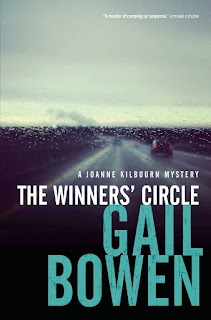