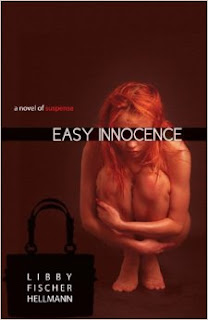 How Do Reviewers Make Their Choices?

Every year, tens of thousands of titles are published, and yet, only a few hundred ever make it into a print review (newspapers & magazines). With such a competitive arena, I've often wondered how those choices are made. Well, here's an article that provides some insight into the process of how books are chosen. It was posted on David J Montgomery's crime fiction blog. Some of the nation's top reviewers are interviewed in the March newsletter of Sisters In Crime. It includes another link if you'd like to download the newsletter in its entirety:

I highly recommend the book reviews by Marilyn Stasio which appear in the Sunday NY Times book section (online & print). They are often chock full of interesting and new writers, both from the US and abroad. Today's article is no exception. But I don't think that women are treated badly by the genre.

Does our fiction really treat women with indignity? Mystery fiction, that is? To be fair to Miss Stasio, allow me to quote her word for word.

"Denise Mina’s bold, brave crime novels make up for all the indignities women suffer in genre fiction — especially the notion that a female protagonist is better off being likable than being real. Mina smashed that false article of faith with her dead-grim Garnet hill trilogy, featuring a hard-bitten heroine who fights the social conditions that lead to the abuse of women, children and the elderly in a Glasgow slum."

That may have been true in the field of mystery writing fifty, sixty years ago (Nancy Drew comes to mind as a likeable protaganist). And much of noir fiction of the 40's and 50's treated women as either brainless broads or scheming sirens.

But this certainly not true of mystery now. And it didn't start with Denise Mina.

Sara Paretsky introduced us to a tough gritty heroine in 1982 by the name of V.I. Warshawski. That's just the first name that comes to mind. How about authors Sue Grafton and Terris Grimes? And many more.

One can even find good female heroines in noir fiction from fifty years ago, albeit often in re-prints. Branded Woman by Wade Miller, re-issued by Hard Case Crime is one example.

And for those of you who haven't discovered her, I urge you to read Denise Mina. But start with the original Garnethill, which won the 1998 John Creasy Memorial Award for best first crime novel.

I hate coming into a series after it's started, don't you?
Posted by Picks by Pat at 1:54 PM No comments: