It's the birthday of Jim Thompson, born 116 years ago today in Oklahoma. Raised in the hard scrabble oil fields of Texas and abandoned by his father for a time, Thompson struggled from a young age to help support his family. There was no odd job he wouldn't take. His stint as a bellboy introduced him to the seedier side of life as he used his skills to procure women, drugs, and bootleg alcohol for the hotel's clients. 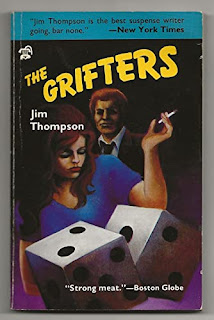 Along the way he turned to writing for the pulp publishers who flourished after World War II. It was during this time that he produced some of the most vicious characters ever put to paper in American crime literature. His villains were corrupt cops, con men and psychopaths. His protagonists were little better. If someone asks you how to tell the different between the good guys and the bad guys in one of his novels, don't answer; it's a trick question. In many of his stories, there are no heroes.

Thompson wrote most of his best work in the 1950s and 60s. Eleven novels were written and published just between 1952 and 1954 when he was at the height of his creative output. The two things that drove him to write were his desire to tell a story, and the need to pay his bills. He had a brief and successful fling with Hollywood with Stanley Kubrick's The Killing, and The Getaway starring Steve McQueen. But like most flings. it ended badly. Though Thompson and Kubrick wrote the screenplay for The Killing, Kubrick cheated him out of the credit. After The Getaway, several promising Hollywood options faded away.  Thompson was treated almost like one of the failures in one of his novels, short-changed by grifters and con artists who wore suits and ties instead of cowboy hats and jeans. 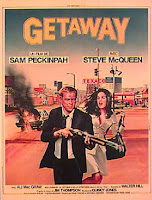 By the time Jim Thompson died in 1977 after suffering a series of strokes he was broke, and all of his books were out of print. But he never gave up hope that his literary reputation would be rehabilitated. He told his wife that someday his work would be critically acclaimed. It didn't take long. By the 1990s, Hollywood had discovered him again, and his work was being produced on the silver screen. One of the most notable was a film based on The Killer Inside Me, starring Jessica Alba and Casey Affleck. Most of his books are back in print.
One final mystery surrounds Jim Thompson's life, and it's a doozy. Kubrick commissioned him to write a novel for a future film project, and Thompson delivered. The manuscript, titled Lunatic At Large, was send to Kubrick and then misplaced. Thompson didn't make a copy. But after Kubrick's death, the novel was found. Rumor has it, filming has already begun.