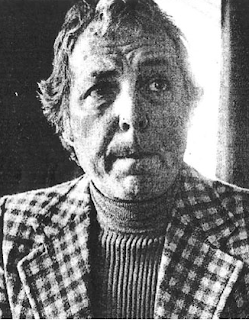 It's the birthday of screenwriter Stirling Silliphant, born January 16, 1918 in Detroit.  While still a child his family moved to California. It was there he made his fame as a writer for television and movies. After attending USC he started writing for television.

His early work gave little hint at his later brilliance. One of his first writing jobs was for The Mickey Mouse Club. After complaining in the cafeteria about a TV executive, he was summarily fired, which was a greater loss for Disney than Silliphant. He went on to write for Alfred Hitchcock Presents, Rawhide and Perry Mason.

His most productive period of writing began when Herbert B. Leonard hired him in 1958 to write for a new TV crime drama, The Naked City. Based on the 1948 movie of the same name, the scripts featured tightly written plots with elements of noir film. Silliphant wrote most of the first season's 30-minute episodes and also wrote for another new series, Route 66. 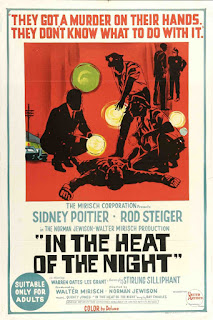 In 1968 he won an Academy Award for his screenplay of In The Heat of The Night, a crime film with heavy racial overtones as well as a first rate mystery plot. It starred Rod Steiger as a bigoted southern sheriff and Sydney Poiter as a black detective from Philadelphia who is drawn with reluctance into helping solve a local murder. Based on the novel by John Ball, the movie won five academy awards, including Best Picture. Silliphant also won an Edgar Award from the Mystery Writers of America for this screenplay. He liked to describe the movie as "The Defiant Ones with cops instead of cons."
Posted by Picks by Pat at 11:59 PM

Email ThisBlogThis!Share to TwitterShare to FacebookShare to Pinterest
Labels: Edgar Award, In The Heat Of The Night, Stirling Silliphant, The Naked City, Writers Born Today