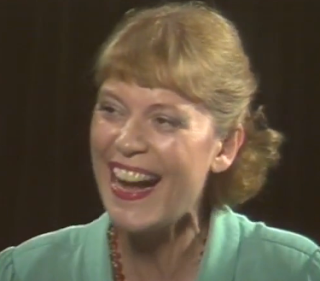 It's the birthday of Joyce Harrington, born January 29, 1932 in Jersey City, New Jersey. Although she wrote three novels, she was best known for her short stories. In 1972 her first story, The Purple Shroud, was published in Ellery Queen's Mystery Magazine. The following year it won an Edgar Award for Best Short Story. She was nominated for three more Edgars by the Mystery Writers of America for her short stories, in 1975 for Cabin In The Hollow, in 1976 for Night Crawlers, and in 1988 for The Au Pair Girl.

Harrington was a frequent contributor to Alfred Hitchcock's Mystery Magazine and EQMM during this period. She also wrote three mystery novels. No One Knows My Name appeared in 1980, followed by Family Reunion in 1982 and Dreemz of the Night in 1987.

Harrington fell out of the reader's eye after she stopped writing in the 1990s. Her reputation is undergoing a revival thanks in part to enlightened critics and editors who have spurred interest in the growing popularity of the sub-genre known as Domestic Suspense. The Purple Shroud was included in Sarah Weinman's short story suspense collection Troubled Daughters, Twisted Wives in 2013.

Weinman had this to say about Harrington's writing; "She was primarily concerned with human behavior and the motives for sliding into nefarious deeds, with twists that disturbed in their quiet intensity. It's no wonder 'The Purple Shroud' fared so well upon publication: its depiction of a toxic marriage and how a subjugated woman finds her way out still resonates today."

To watch an interview of Joyce Harrington as she discusses her writing with Connie Martinson, check out the youtube link below.


Note: Many thanks to Sarah Weinman, whose extensive research helped make this blog post possible.