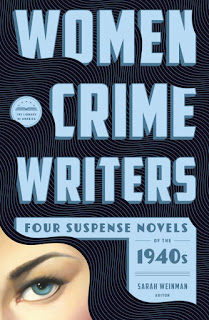 Email ThisBlogThis!Share to TwitterShare to FacebookShare to Pinterest
Labels: Library of America, Sarah Weinman, Women Crime Writers of the 1940s and 1950s