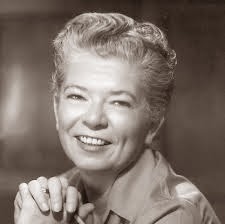 It's the birthday of Charlotte Armstrong, born May 2nd 1905 in Vulcan, Michigan. She went to college in Wisconsin but earned her degree in New York City at Barnard College. Her writing career began as a playwright with some of them, including The Happiest Days, being produced on Broadway. But she made her lasting mark as a writer of mystery and suspense.

Charlotte wrote over two dozen novels and numerous stories. A prolific writer, she produced one to two novels a year during the height of her creative powers, and also wrote under the name Jo Valentine. Much of her best fiction revolved around middle class family life whose characters undergo a profound change or shock that leads to chaos. The New York Telegraph called her "the American Queen of suspense novelists".

She was nominated for six Edgar awards, and won in 1957 for her novel A Dram of Poison. 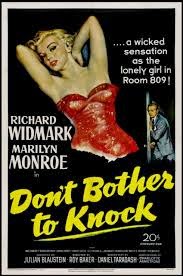 Several of her novels were produced for the big screen, of which two stand out as being notable. The Unsuspected came out as a movie in 1947 starring Claude Rains and was a big hit. In 1952 her novel Mischief was filmed as Don't Bother To Knock, with Anne Bancroft in her debut role and Marilyn Monroe as a demented babysitter. Anthony Boucher was a big fan of her writing, and called Mischief, "an extraordinary achievement, a short but sweet book full of tension".

She also wrote for television and her credits include Alfred Hitchcock Presents.

One of her stories, The Splintered Monday, was included in the 2013 anthology Troubled Daughters, Twisted Wives, edited by Sarah Weinman.


To read an in-depth review of her novel Mischief, go to Kevin's Corner.