Janet Rudolph, who created several crime fiction blogs including Mystery Readers International and Mystery Fanfare, has come out with a Mother's Day list of crime fiction. Janet assembles these lists around each holiday, and they're a treat to browse or use to find a new book to read. My favorite from this list? How To Murder Your Mother-In-Law by Dorothy Cannell. The fun starts when the main character's mother-in-law moves in and it isn't long before the bodies begin to pile up in this cozy mystery.

If you like your fiction shorter, pick up Mom, Apple Pie & Murder, edited by Nancy Pickard, former President of Sisters In Crime. The collection includes a story by Nancy  as well as 10 apple recipes. It's a tasty entree in this crime fiction sub-genre. 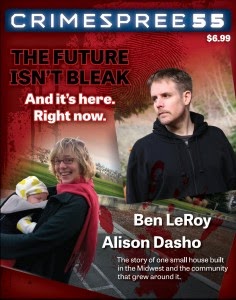 Jon Jordan, founder of Crimespree Magazine, has an interview cover story in this month's issue with Benjamin Leroy, who founded Bleak House Books & Tyrus Books,  and Alison Dasho, who edited many of the award nominated crime novels they published. Don't miss this great look at the origins of one of the best independent publishers to emerge in the world of crime fiction.

The discussion looks at the origins of the press, how publishing has changed with the emergence of ebooks, and hear from some of the writers whose careers have been changed for the better by this dynamic duo. Bookmark the interview...you'll want to savor it. Start here.

The Shirley Jackson Award has released the list of nominees for 2013. The award is presented for those writers who demonstrate "outstanding achievement in the literature of psychological suspense, horror, and the dark fantastic." A lot of impressive writers are on this year's list, including Joyce Carol Oates for The Accursed, and Megan Abbott for My Heart Is Either Broken, from the anthology, Dangerous Women. 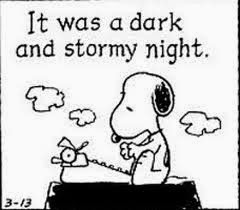 There aren't many better ways to restore those creative juices after a day spent pounding on the keyboard than to play a game. And if you've wondered what it takes to become a successful writer, this just might be the game for you. It involves a bit of luck, but then so does getting published. And it's a lot more fun than watching Wheel of Fortune. You can even share your score on Facebook and Twitter.

So pick up the dice and roll away! From the Los Angeles Times, How To Be A Writer.
Posted by Picks by Pat at 4:05 AM