The Inspector General who is in charge of the NSA and other intelligence has replied to a request from Congress demanding answers about the massive data collection on millions of Americans.

Maybe the NSA doesn't have the money for an investigation because they're spending it on data centers that are continually suffering from unexplained equipment failures. According to the Wall Street Journal, an NSA data storage center in Utah has had 10 meltdowns in the past 13 months, and no one has been able to figure out why. According to the article, "each incident caused as much as $100,000 in damage". That's 1.3 million dollars in overrun costs.

You can ask a lot of questions during an investigation for 1.3 million dollars. But hey, it's just money...your money.


Santa May Be Running Late This Year

If you've already started putting out the Christmas decorations and hung the stockings over your fireplace, take a break. Santa may not be on time this year. Seems he's been arrested. 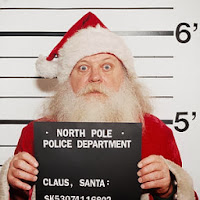 According to the Boston Globe, Santa has been charged with groping a female elf. So far, there's been no comment from Kris Kringle, or his spouse, Mrs. Claus.

The good news is, Santa was able to post bail, which is set at 1,000 dollars.

The bad news is, he's due back in court on December 24th...Christmas Eve.

Christmas Eve? Uh, can someone point out to the judge that Santa is going to be a bit busy that day? 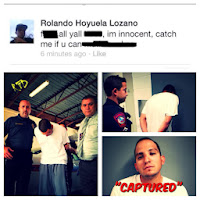 Rolando Lozano will have some time in jail to think about that one after he posted on his Facebook account a challenge daring police to track him down. The cops took the challenge, and he was arrested 15 minutes later. Police had already arrested Lozano's brother Damian as a suspect in a series of car break-ins and were looking for Rolando. He obliged them after seeing his mugshot on the facebook page of the Rosenberg police department.