But he won't be going to Disney World to celebrate. He was there when the murder was committed, and he had receipts and witnesses to prove it.

The jury convicted him anyway. It's seems incredible that this could still happen, but bear in mind, the receipts, as well as a letter from Florida deputies that could have exonerated him, were kept from his defense attorney.

It's a lot easier to convict someone when you hide evidence from the jury.

Jonathan Fleming had this to say after his release. "I'm going to go eat dinner with my mother and my family, and I'm going to live the rest of my life".

For more on this story by Jennifer Peltz, click here. And grab a box of tissues.


To Catch A Thief...Just Do What This Dummy Did

In the movie version Cary Grant woos Grace Kelley and drives a cool car. But this isn't a movie.

A burglar in California robbed a restaurant of electronic equipment, but the police were able to track him down, thanks to an alert bartender. She saw the suspect hauling stolen goods out the back and recognized him. He was the same man who flirted with her earlier in the evening and then gave her his phone number. That was all it took to find him and slap on the cuffs. Working with police, she sent him a text to set up a date. But the Romeo was met by police instead. They found some of the stolen goods at his home

Read more about it at The New York Daily News. Apparently, love is blind. It's also charged with possession of stolen property.

Whether you're in favor of the legalization of marijuana or against it, this article will disturb you.

A California scientist has discovered dozens of rare and endangered animals killed by rat poison in America's National Parks. Mexican drug cartels have turned our national parks into profit centers by clear cutting public forests to grow marijuana. Thanks to budget cuts, the U.S. Fish & Wildlife department doesn't have the manpower to stop them. The pot growers surround the plants with cans of poisoned tuna and hot dogs, which are consumed by fishers, bobcats, eagles and owls.

Funny...none of those animals eat marijuana plants. But then, when you're a criminal, you don't care who gets in your way. Unless it's a pesky scientist trying to alert the public. Dr. Gabriel of the University of California has received death threats for speaking out against the poisonings, and the bastards responded by killing his dog, a labrador retriever, as a warning to keep his mouth shut. 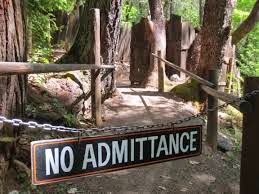 It's not just California that's being invaded by these criminals. Arizona, Utah, Montana and Texas have seen large scale invasions that place vacationers at risk, not from bears and mountain lions, but from masked drug traffickers with AK-47 assault rifles, according to an article by the Christian Science Monitor.

Read more about this national scandal at Slate. And the next time you plan your vacation and think about heading for the great outdoors...call ahead. Your favorite park may be off limits to law-abiding citizens. That means you.
Posted by Picks by Pat at 11:00 PM