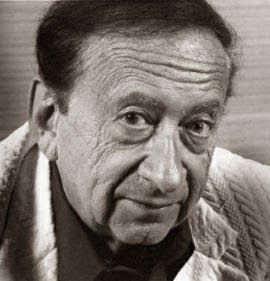 It's the 100th anniversary of the birth of Robert Bloch, born April 5, 1917 in Chicago.  He wrote over two dozen novels and hundreds of stories for print and the screen. He sold his first story to Weird Tales when he was only 17 years old. It was the beginning of a flourishing career.

Because jobs were hard to find during the depression, he continued to write. As he put it, “So I had this problem -- work or starve. So I thought I'd combine the two and decided to become a writer.” 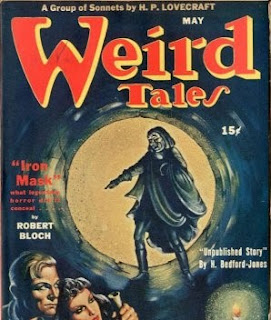 He was part of the Lovecraft circle, an influential group of horror and sci-fi writers whose members included August Derleth, Clark Ashton Smith, Robert E. Howard, and of course, H. P. Lovecraft. Many of these members went on to create works of science fiction and horror that are considered classics in their genres.

Bloch was numerous awards during his long career, including the Hugo, World Fantasy, Bram Stoker and a special Edgar scroll for his novel Psycho. It is this novel for which most readers remember him, and the one that Alfred Hitchcock turned into the classic film of the same name. The creation of Norman Bates and his dual personality provided readers and filmgoers one of the most shocking examples of criminal deviancy in modern fiction.

"I discovered, much to my surprise - and particularly if I was writing in the first person – that I could become a psychopath quite easily. I could think like one and I could devise a manner of unfortunate occurrences. So I probably gave up a flourishing, lucrative career as a mass murderer."
(Robert Bloch in Faces of Fear by Douglas E. Winter, 1990) 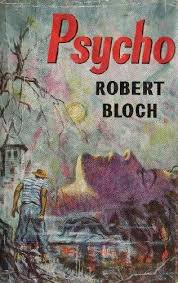 After selling his book to Alfred Hitchcock, Bloch wrote for Hollywood and television. His credits include Thriller, Night Gallery, Star Trek, and Alfred Hitchcock Presents. Psycho was not his only novel featuring a psychopath. In 1947 he published his first novel, The Scarf, about a writer who murders women after using them in his fiction. (Think about that the next time a writer offers to use you as a character in their book).

He died in 1977. For more on his career, click here. And for a bibliography, here.


“Despite my ghoulish reputation, I really have the heart of a small boy. I keep it in a jar on my desk.”