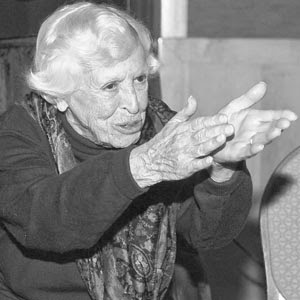 It's the birthday of Dorothy Salisbury Davis, born April 26th, 1916 in Chicago, Illinois. She was an adopted child, a fact she only learned at the age of 17 and it made a powerful impact on her view of the world.  Before she began her writing career, she worked for a traveling stage magician. The small towns and personalities she encountered helped shape her stories.

Davis has been called one of the original Gone Girls by Sarah Weinman, for her path breaking novels of suspense written during three decades starting in the late 40s.

Her first novel, The Judas Cat, was published in 1949. Black Mask had this to say about it: "Davis in her first crime novel shows a mastery of both plotting and characterization". Anthony Boucher called it a "rewardingly perceptive novel" and thought she had a bright future. He was right. Three more novels followed over the next three years. During her long career she wrote more than 20 novels and story collections.

Dorothy was nominated for the Edgar Award 6 times and was awarded Grand Master in 1985.  She was given lifetime achievement awards from Bouchercon and Malice Domestic. 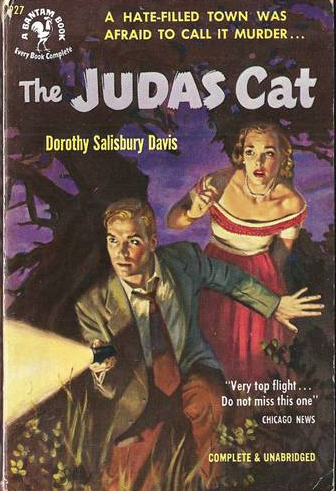 Ms. Davis was more than just a pioneer on the printed page. When Sisters in Crime was just getting off the ground in the 80s, she served on the steering committee and helped the new organization gain credibility by convincing major women writers such as Mary Higgins Clark to join.

In 2010 the National Book Critics Circle asked its members which books they would most like to see back in print. Sara Paretsky named Dorothy Salisbury Davis, and had this to say about her: "She lived among bootleggers, immigrants, sharecroppers, and itinerant workers in her early years, and there's a richness to her understanding of the human condition that is missing from most contemporary crime fiction."

It looks like Sara got her wish. Open Road Media announced in 2014 that Davis's novels would be re-released. To discover more of her writing, check out her ebooks at Open Road Media.

For more about Ms. Davis, check out Weinman's in-depth article at The Daily Beast, The Original Gone Girls: Dorothy Salisbury Davis and Other Forgotten Pioneers of Crime Fiction.

You can listen to a brief excerpt from an interview Davis gave to Don Swaim in 1988 about her novel, The Habit of Fear.


Update: Dorothy Salisbury Davis passed away on August 3, 2014 at the age of 98. The New York Chapter of the Mystery Writers of America has published a moving tribute to this amazing writer.