Just Say No. Pass Go and Collect One Million Dollars 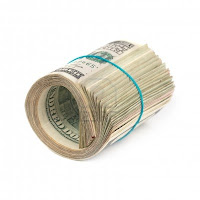 A federal judge has ordered the return of over 1 million dollars confiscated by police from an exotic dancer, who earned the money over a 15 year career. Tara Mishra of California was planning on using the money to buy her own night club in New Jersey. The police found the cash in the trunk of a car rented by Ms. Mishra's friends, who were driving cross country to invest it and were pulled over for speeding. The money was confiscated because police assumed it has been gotten by illegal means.  But Judge Bataillon said there was no evidence of criminal activity and ordered that Mishra receive cash or a check in the value of $1,074,000 with interest.

With the thought that Tara might be reading this blog, I'd like to make a suggestion - take a check. Carrying a million dollars around in the trunk of a car isn't the brightest idea in the world. I applaud her entrepunerial talents, but her new business won't last too long if she can't keep hold of her money.

Why anyone would have that much cash instead of putting it in a bank might not seem to make sense, unless the earnings haven't been reported to the IRS. In which case, it makes a lot of sense...unless your story hits the national news. If true, Tara's troubles may not be over yet. We wish her well, and lots of luck. She's may need it.

Oh, and if you're stopped by the police, and they ask permission to search your car, just say No.


Missing Man Found. He Was Home All Along - In The Garden

A Pelican Bay man who was missing for three years has finally been located, buried in his own front yard.  According to the Star Telegram article, Shorty Robinson’s body was dug up with the assistance of Texas rangers. His wife claimed he ran off with another woman, but he was reported missing by his employer.

Police became suspicious after noting that Shorty left behind his personal belongings, money, and his Harley Davidson motorcycle. That should have been a dead giveaway right there (pardon the pun). No self respecting hog rider would leave behind the woman he loves.

The bike, not the wife.The wife's in jail, charged with his murder.

As I pointed out in last week's post, they don't hang cattle rustlers anymore, but down in Texas, they still treat it seriously. A man with a history of rustling was given 99 years for stealing 400 head of cattle in East Texas. This isn't his first offense. He was convicted of rustling in 2007 for stealing nearly a million dollars worth of steak on the hoof. Sounds like this guy has too much red meat in his diet.
Posted by Picks by Pat at 10:07 AM