From Russia With Love

Edward Snowden may have a lot of problems right now, but attention from beautiful women is not one of them. In fact Anna Chapman, the famous Russian ex-spy and model, recently proposed marriage. If you were Snowden, you might being smiling right now, despite the fact that the NSA is hunting for you, politicans are calling for your head and that international asylum problem has left you in limbo. 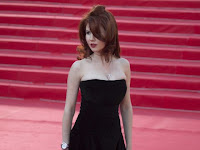 Perhaps Ms. Chapman could give her hubby-to-be a few survival tips. There was a time when being uncovered as a spy meant a long prison term or a short trip to the gallows. Ms. Chapman artfully used her arrest to get a plea deal, and since being returned to Russia has turned her plight into a career as a writer and model. She's been praised by Russian leader Vladimir Putin who is a former KGB colonel, and was picked to lead the youth wing of the pro-Putin United Russia Party.

No one's really sure if the proposal is genuine (Anna Chapman wouldn't comment) but it does prove one thing for sure: truth is indeed stranger than fiction and today's spy business is hotter than the latest James Bond movie.


Hint of the Week: Don't hide a marijuana pipe in a kid's meal if you work in the fast food industry.

A family got a shock when they opened a children's meal at a Burger King in Michigan and found a marijuana pipe, hidden there by a worker who has since found himself back in the ranks of the unemployed, according to an article by Business Insider. He was also arrested for drug possession. 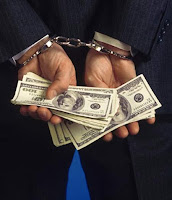 A U.S. district judge has given a slap on the wrist to former technician Deborah Madden, who was sentenced to one year home confinement for stealing cocaine from evidence in drug cases in San Francisco. According to the San Francico Chronicle, she could have received a one year prison sentence for each of 4 counts she was charged with.

This is all the more surprising considering that her actions resulted in the dismissal of more than 600 drug cases and cost the taxpayers hundreds of thousands of dollars. Her actions were partly responsible for the closing of the crime lab in 2010.

The judge also fined Ms. Madden $5,000, which she should have no problem paying out of her taxpayer provided $72,000 a year retirement pension.

Home confinement and $72,000 bucks a year? That'll teach her to violate the public trust! 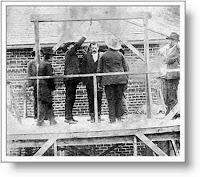 Missouri cattle farmers have to contend with a lot of problems lately. Among them soaring costs for feed, a crippling drought and now cattle rustlers. From the Kansas CIty Star comes this modern day tale of a crime as old as humanity. Cattle rustling entered the pages of American mythology in the old Wild West, but it's making a comeback, thanks to rising beef prices. And thanks to modern crime investigation, and a tissue found at the scene of the crime, police have a suspect in custody. The crook is fortunate in one respect--cattle rustling in no longer a capital offense, although a few people sort of miss that aspect of the good old days.
Posted by Picks by Pat at 8:32 AM