First, Do No Harm. This Includes Murder. 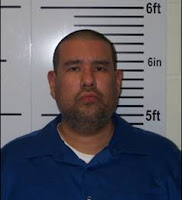 A pathologist has been indicted in the murder of four people in Omaha, Nebraska after an extensive investigation which included help from the FBI.  The article in the Pittsburgh Post-Gazette identified Anthony J Garcia as the killer of Roger and Mary Brumback in 2013, and the killing of an 11 year old boy and a housekeeper in 2008 in the home of William Hunter. According to the article, Garcia
had been a resident at Creighton University when he was fired by Brumback and Hunter, who were also pathologists at the University.

Dr. Garcia obviously had some shortcomings as a healer, including that one about the Hippocratic Oath. More on this story from the Omaha World Herald.

According to the New York Times, JoAnn Nichols, who disappeared in 1985 and was presumed dead, was found behind a wall in her home after her husband, a long time suspect, passed away of

natural causes. A contractor working in the home found the body. James Nichols had been questioned several times by police, who had told them and neighbors that his wife had run away or was dead. Mr. Nichols had been having an affair at the time of the disappearance, but not enough evidence could be produced to charge him. Here's hoping the family of JoAnn can now find some closure.

A juror from the George Zimmerman murder trial dropped her plans for a book after public outrage, according to the International Business Times. News of the juror's signing with a literary agent provoked a cascade of protest on social media websites and blogs. The juror's interview on CNN also left potential readers with the impression that she was uninformed and proud of it, a factor that may have played a role in her decision. However, she also stated during jury selection that she felt weapons training for people with gun permits should be more rigorous, according to the news report. The literary agent had also dropped the offer of representation. The jury decision in the murder case of Trayvon Martin has been condemned across the country.


Hint For Would Be Killers: Don't Use Craigslist to Hire a Hitman

It should go without saying that hiring a hitman by placing a classified ad in Craigslist is a no brainer. Notice I say, "It SHOULD be a no brainer". But, if, like the scarecrow, you don't have a brain, someone needs to point this out to you. Megan Schmidt will have a lot of time to consider this fact after her arrest by the Dubuque County Sheriff’s Department. The Telegraph Herald has more on this story. The intended victim was Megan's father.

Frankly, I think she should have used Angie's List. Women tend to be more discreet in sensitive family matters like this.
Posted by Picks by Pat at 9:16 AM