Good news for book lovers: Joanne Berg has just opened shop with a new bookstore, Mystery To Me. The grand opening featured a sidewalk draped with police crime scene tape. Read more in the article from the Wisconsin State Journal. We wish her new business all the best!


Dana Sitar has uploaded a new video interview with C. Hope Clark, author of the The Carolina Slade Mystery Series. Lots of great advice for new writers in this video. 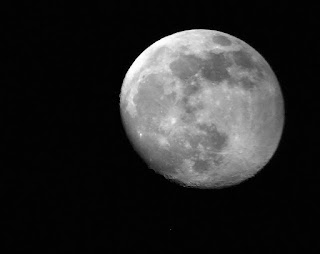 The moon will make its closest swing by the earth this weekend, giving us spectacular views. The Super Moon will not get this close again until August 2014. Full moons have always played an important role in human history, from religious ceremonies, influences on the tides, and a belief that human behavior is affected, usually in a negative way. One of the most infamous cases of crimes occurring during a full moon happened in Italy. From 1968 to 1985, at least 16 victims were murdered and mutilated by the Monster of Florence. A suspect was arrested but died before he could be convicted, although two associates were found guilty of some of the murders. The Italian police investigated over 100,000 suspects during their search.
﻿
Posted by Picks by Pat at 11:12 AM