Women Blamed For Being Victim of a Crime

A teacher at a Catholic school in El Cajon, California was fired after her ex-husband harrassed her and followed her to work. The school went into lockdown, which is to be expected. What happened next wasn't. Carie Charlesworth, who teaches 2nd grade, was fired, allegedly "In the interest of the safety of the students, faculty and parents at Holy Trinity School".  Twice victimized, first by a stalker, then by her employer, Carie will now speak at the state capitol in Sacremento in support of Senate Bill 400. If passed, the bill would prevent employers from firing or discriminating against an employee who has been a victim of domestic violence, sexual assault or stalking. 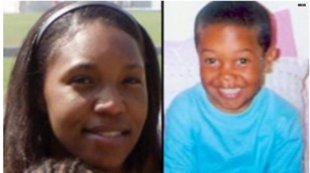 A woman whose son was killed by a drunk driver while they were crossing the street, was charged with vehicular homicide and faced two years in prison before reaching a plea deal with prosecutors.

Let me repeat that.

Raquel Nelson, who was crossing the street with her children, was charged with homicide because a drunk driver, a stranger, ran her four year old son down. The driver fled the scene but was later arrested. Her charges were eventually dropped after she agreed to plead guilty to jaywalking and paid a 200 dollar fine. The driver, Jerry Guy, was sentenced to 5 years in prison, but only served 6 months.


DNA Results Still Subject to Imperfections - Humans to Blame
A state chemist who worked in Massachusetts, and once told a prosecutor she wanted to get drug offendors off the streets, has been charged with evidence tampering, according to the Wall Street Journal.  Annie Dookhan has been charged with 27 counts of falsifying results in the Massachusetts Department of Public Health laboratory from 2003 to 2012. 746 people have petitioned the courts for new trials as a result. According to the Journal, many labs suffer from underfunding and "a 2009 National Academy of Sciences report found "serious deficiencies" in the nation's crime labs, saying that in many cases they lack proper standards, oversight and certification". Read the latest update from the Boston Globe.

We teach our children many valuable lessons. One of them, hopefully, is to stay out of trouble. But not Tina Marie Garrison. She and her son were arrested after stealing five thousand dollars worth of gopher feet.

Gopher feet. I scarcely know where to begin. Perhaps you should just click on the link and read the rest of the story. I gotta get to work.

Have a great day. And stay out of trouble.
Posted by Picks by Pat at 9:09 AM