A 26 year old conservationist who patrolled Costa Rican beaches to protect nesting sea turtles and their eggs from poachers has been murdered. Jairo Mora Sandoval was kidnapped last week along with four female volunteers, three Americans and a Spaniard. The women escaped but Jairo was found on the beach the next day, bound and shot in the back of the head execution style. 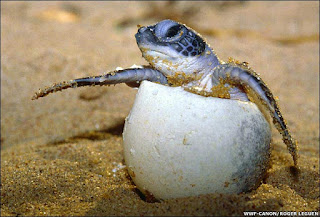 Turtles eggs have a long tradition in Latin America as a delicacy, but efforts to protect them have grown over the past few decades as their numbers have plummeted. Poaching is a serious problem, and the evidence suggests that drug gangs may now be involved. According to the New York Times, "Sandoval had recently made statements in a national newspaper linking egg poaching to drug traffickers." For more on this story, click HERE.

Thank goodness criminals are so dumb...it makes it easier to catch them, and gives us a laugh. Like this example from St. Louis, where a suspect fled after a traffic stop, only to wind up hiding in a building occupied by the St. Louis County Police Dept. According to the story from KMOV, "Lt. Bryan Ludwig and another officer arrested the man after he ran into the police station. Ludwig joked that the man was actually headed for the jail and could have just cut out the middleman (officers) and gone straight to jail."

The high profile stories of recent sexual assaults against female tourists has caused tourism in India to decline, threatening the jobs of 20 million Indians as well an additional 60 million street vendors who sell trinkets and food to foreign visitors. Government officials have scrambled to boost security and reassure visitors that they will be safe when they visit the Asian sub-continent. Neha Thirani Bagri has an article on the growing problem in the latest edition of India Ink.


Classified Leak of Secret Surveillance by NSA No Big Deal...Until It Is

When the story of the NSA's gigantic data collection on ordinary Americans came to light last week, politicians rushed to explain that the program had been authorized by the government and had been going on since the Bush administration. It was much ado about nothing, they claimed, and much of the public supports it. But now that the leaker has revealed himself, Eric Snowden is a hunted man and pols from John Boehner to Dianne Feinstein are calling for his prosecution as a traitor.  Whether you consider him a Hero or Traitor?, one thing will never change...the political spin that comes out of Washington whenever Congress puts it's hypocritical hoof in its mouth.

The bigger problem may be the private contractors who have access to such sensitive data. According to the Wall Street Journal, in their article Spies For Hire, thousands of private civilians contractors have been paid to shift through the massive amount of sensitive data in an effort to prevent the next terrorist attack. Who controls them and what they can access, is a question that still must be answered.


After Newtown Tragedy, Parents Enter The Lonely Quiet, and Struggle To Survive 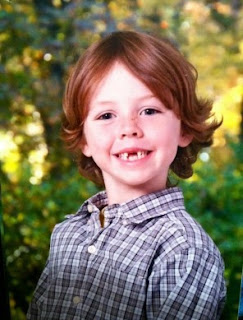 The recent political battles surrounding gun access and background checks have died down without any meaningful changes, and most of us have returned to our daily lives. But Mark and Jackie Barden must now continue on without their son, Daniel. Eli Saslow examines their journey in this sensitive piece, The Lonely Quiet. Please continue to keep them, and all the victims, in your hearts and prayers.
Posted by Picks by Pat at 9:14 AM