One Mystery Writers Conference Scholarship will be awarded this year, including full conference tuition to the the 2013 conference (travel and accommodations not included). To be considered, please submit up to a 1500 word sample of your fiction writing, plus one paragraph about what this conference would mean to you in your writing life. The scholarship is sponsored by William C. Gordon, the author of The Chinese Jars and King of the Bottom.

Submissions must be received by 5:00 pm PST on Friday, June 14, 2013. Email submissions to bpconferences@bookpassage.com. The selected entry will be announced on our website and via an email to those who have submitted on Monday, July 1, 2013.

More on this mystery writers conference, which starts July 25th, is HERE.

Writers Tip: Even if you aren't attending, check out the schedules of as many conferences as possible to see the latest bios for agents and publishers. It's a great way to see what categories they represent and helps narrow your search.


Podcast: Florida Crime Fiction and the New Face of America

Join On Point for a great podcast broadcast with guests Adam Gopnik (the New Yorker) and Oline Cogdill (book reviewer from Mystery Scene). They discuss the rise of Florida and Noir Crime Fiction

Compliments of the MWA website comes this tidbit for flash fiction fans: a “Mysterious Photograph” contest appears in each issue of Alfred Hitchcock Mystery Magazine, where you can submit your 250 word story inspired by the photograph they post. Winning stories are published in a later issue.

Mystery Times 2013 short story contest is accepting entries until July 15th. The top two winners will receive a new Kindle. All winners will be announced in August and receive publication in the book, scheduled for a November 2013 release. 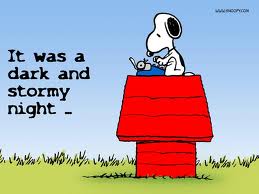 Before you toss that wretched first sentence that won't stand the light of day, consider submitting it to the Bulwer-Lytton Fiction Contest. Compose the worst opening sentence to the worst novel ever written and send it in! Deadline is June 30th. Check out the link, where www stands for "wretched writers welcome". Winner receives a pittance and the admiration of their jealous friends on facebook. 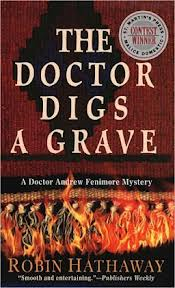 Just saw this in the latest SINC Quarterly Newsletter from June. Robin Hathaway, mystery writer and member of SINC and MWA, died February 16, 2013. She was living proof that it's never too late to start writing, putting pen to paper only in her 50s. At age 64, when most people are thinking of retirement, her first novel, The Doctor Digs A Grave, won the Malice Domestic Award from St. Martin's Press. A year later, she won an Agatha. You can read more in her obituary from philly.com. She will be sorely missed.