Investigation Discovery debuted a new series on Tuesday, called Swamp Murders. The opening episode focused on the Great Dismal Swamp, which straddles the border between Virginia and North Carolina. The story of Kathy Bonney is told, a 19 year old girl who was killed, perhaps by a family member, and her body dumped in the swamp. Check out this interesting new series, Swamp Murders.

One Murder -- four witnesses -- each with a different account of what happened. This is the basis for a debut mystery novel, Shattered Illusions, by Leigh Hershkovich. This young author takes us into the history of the characters, where their personal beliefs color their interpretation of events on that fatal day. Completed when she was just 20 years old, this story will challenge you to look at the world through the eyes of a stranger.

Eileen Brady has won the second annual Discover Mystery Award for her novel, Dog Shows Are Murder. It's been described by the contest judge as "A promising first novel that will leave readers begging for more." The Discover Mystery Award  recognizes unpublished mystery writers with a $1000 cash prize and a publishing contract. Check out the details HERE to see the full list of finalists and read the entire story.


Use a Writing Group For Support As You Write

Writing is a lonely business, as anyone who has completed an novel length manuscript knows. But you don't have to wing it without some help, as Fiona McCann explains in this article from the Irish Times, The Group Think Method For Getting A Novel Finished.


Oh, The Treasures You'll Find In A Storage Locker! 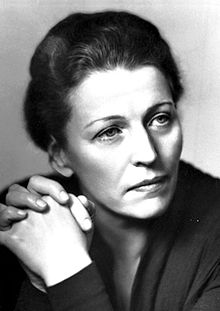 Nobel prize winning author Pearl Buck finished a novel just before she died of cancer in 1973. An then, it vanished...for 40 years. Not her publisher nor her family knew it existed. Then The Eternal Wonder was discovered in a Fort Worth, Texas storage unit that was put up for auction when the renter failed to make payments. Pearl Buck's son, Edgar was quoted in the Star Telegram as saying, “I’m grateful that the woman in Texas was careful and literate enough to realize what she had stumbled on".

The manuscript has been returned to the family. Untangling the mystery of how it got there, and who took it after Ms. Buck died, may never be learned. But the novel is now available on Kindle. It will eventually be published in book form, assuming there's any justice in the world. Librarians everywhere, meanwhile, will be updating their bibliographies for Pearl Buck.

If the babysitter just bailed on you, don't despair. The Retro Cocktail Hour, hosted by Darrell Brogdon, returns to radio Saturday night to dazzle us with a TV Tunes extravaganza! He features the usual suspects ( Peter Gunn, Perry Mason, Dragnet) plus a few other rare and exotic theme songs, including Perez Prado's take on the Monkees theme song. Starts Saturday at 7pm on KPR stations. Listen live at http://kansaspublicradio.org/ or on demand at http://www.retrococktail.org/.

My kind of people. Wishing you all wine & cheese with your crime thrillers.