It's the birthday of Kit Reed, born June 7, 1932 in San Diego. An award winning writer, she has written fiction in numerous genres, including literary, science fiction and thrillers. Her career has spanned more than half a century. Anthony Boucher published her first story, The Wait, in 1958. Her latest novel, Where, has just been released. 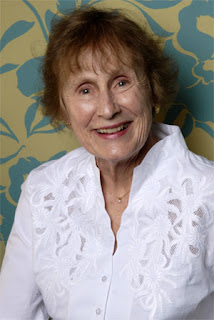 She's been compared to Alfred Hitchcock and Shirley Jackson, according to Connie Willis in her foreword to the collection Weird Women, Wired Women. Willis says she has a "gift for taking the most benign and everyday things - puppies, balls of colored yard, mother love - and revealing their dark undersides...she still scares the spit out of me."

She started her writing career, like so many other first rate writers, as a newspaper reporter. It was an excellent beginning. "I didn't learn to write in the classroom or from a how-to book. Tough city editors taught me discipline and precision...".

Her first novel, Mother Isn't Dead She's Only Sleeping, was published in 1961 and she states that it was "drawn immediately from life", as was her next novel, At War As Children.  She was awarded a Guggenheim fellowship in 1964. 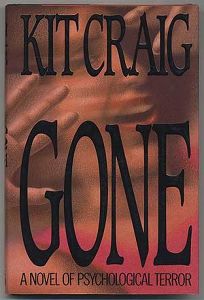 Her thrillers, written under the name Kit Craig, have received praise as well. Publisher's Weekly called Gone as "a genuinely frightening unpredictable plot throbbing with menace and escalating horror."  Twice Burned was described by Orange Coast magazine as "a novel permeated with a sense of dread."

Kit hasn't slowed down at all. The story collection, What Wolves Know, was nominated for The Shirley Jackson Award in 2011.  Her novel, Son Of Destruction, came out in 2013 to critical acclaim from several sources including The New York Times and The Wall Street Journal. You can read about the strange news reports that inspired the novel by clicking here.

You can click here to read her very first story, The Wait. But keep a glass of water handy. It's hard to spit if your mouth is dry.


"The kitchen sink is boring. It’s all about what’s under the sink, behind the sink and beyond the sink."
- Kit Reed
Posted by Picks by Pat at 9:04 PM