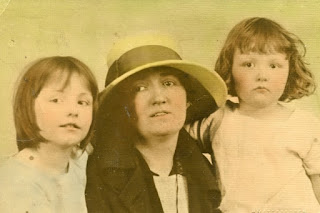 It's the birthday of Elisabeth Sanxay Holding, born June 18, 1889 in Brooklyn, New York. She was educated at Miss Whitcombe's and other proper schools for ladies, and began her writing career penning romance novels. Her husband was a British diplomat.

Based only on this, it would be hard to foresee a time when Raymond Chandler would call her "the top suspense writer of them all." But at a time when mystery writing was dominated by men, she helped create noir fiction with her mystery and suspense novels. 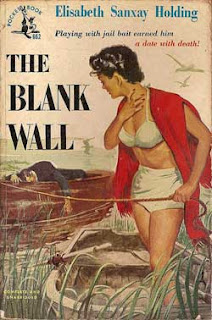 Psychological suspense was her strength, and she displayed it best in her novel The Blank Wall (one of Chandler's favorites). The tale of a mother trying to protect her teenage daughter from a lecher who later turns up dead is still read today, and thankfully available in a Kindle edition. It's been made into a movie on two occasions, first in 1949, The Reckless Moment with Joan Bennett, and again in 2001, The Deep End with Tilda Swinton.

The Blank Wall is included in the Library of America's upcoming fall release, Women Crime Writers, edited by Sarah Weinman.

Ms. Holding also has a story in Weinman's collection of domestic suspense stories, Troubled Daughters, Twisted Wives, which was well received when it was published in 2013.


"Before anybody had ever heard of ‘pyschological novels of suspense’ Elisabeth Sanxay Holding was writing them, and brilliantly."