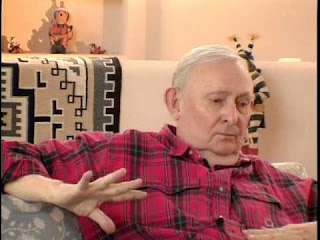 He was still a teen when he enlisted in the army and served in the European battlefields of World War II. By the time the war ended two years later, he'd seen brutal combat in the Battle of the Bulge, won three medals and been badly wounded. He also saw fellow soldiers treat Native American warriors with contempt, and it made a lasting impression on him when he returned home.

His writing career started early, but not with fiction. A newspaper reporter did a story on his service in the war. Having read his letters home to his mother, the reporter told Hillerman that with his talent he should become a writer. He got employment as a journalist and professor after getting his journalism degree at the University of Oklahoma.

In his spare time he began writing fiction. Deeply influenced by the Indian culture of the Southwest, he wrote his first novel about a Navajo tribal policeman. He was 45 years old when it was published. 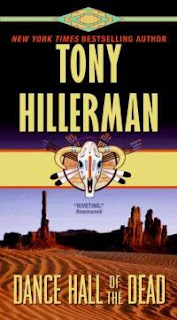 Although his first agent urged him to dump the "indian stuff", he persevered, and won an Edgar Award for Best novel with his third one, Dance Hall of the Dead. This epic work is also lauded as # 37 of The Top 100 Mystery Novels of All Time. Hillerman went on to write 18 mystery novels, many of them best sellers. Most of them revolved around two Native American protagonists who work for the Navajo Tribal Police, Joe Leaphorn and Jim Chee. Otto Penzler praised Hillerman for showing Native Americans "not only as sympathetic characters but as intelligent, cultured, wise and decent human beings...".

In 1991 the Mystery Writers of America made him a Grand Master. He also served as its President in 1988. And in recognition of his writings about the native culture, he was made a special friend of the Navajo in 1987. The Hillerman Prize was created as a tribute to his writing and is awarded annually to the best debut murder mystery set in the southwest United States.

"I want to write an entertaining book, and I'd like people to see the strength and dignity of a culture I admire."