It's the birthday of the Copyright Act of 1790, which was signed into law by George Washington on May 31, 1790. The law allowed authors and map makers protection for their intellectual property for a period of 14 years from the date of publication. It was designed to encourage innovation and creativity in the growing young nation. Its basic principles still exist to protect writers (including mystery writers) and allow them to profit from their ideas and works.

The law was formally called, "An act for the encouragement of learning by securing the copies of maps, charts and books, to the authors and proprietors of such copies, during the times therein mentioned." It provided an initial copyright of 14 years, which could be renewed once for an additional 14 years.

The original law had several flaws. Among them, a work or book had to be registered with a district 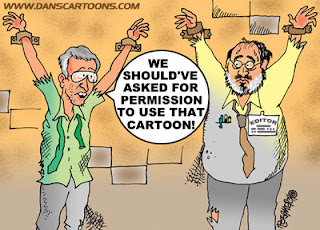 court to receive protection, and a filing fee had to be paid. Today, a work is given copyright protection the moment it is created even if the creator takes no further action. However registration of an author's work still affords considerable protection in the event of a lawsuit and most publishers routinely secure formal registration through the Library of Congress when a work is published.

Paintings and drawings were not mentioned in the Copyright Act of 1790 and they did not receive formal protection until 1870.

In addition, the original law only protected the rights of U.S. citizens, not foreigners. Works by foreign writers were routinely pirated and sold in the United States, a fact that caused English writers such as Charles Dickens considerable financial loss until the law was changed in 1891 with the passage of the International Copyright Act. 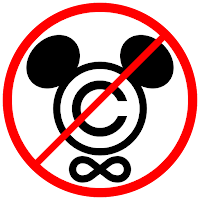 The length of copyright protections has grown from the original maximum of 28 years to today's
standard of the lifetime of the artist plus 70 years, a change that was strongly supported by U.S. companies such as Disney. The corporation stood to lose protection for some of their most beloved cartoon characters, including Mickey Mouse in 2004. Disney pushed hard for the passage of the Sony Bono Copyright Term Extension Act (or as some sarcastically call it, the Mickey Mouse Protection Act). Many people in the legal and entertainment professions are beginning to complain that the repeated extensions are serving the opposite of the law's intention, by stifling creativity.

The copyright law when first passed was only a couple of pages long. Today, with changes and amendments, the current law runs over 279 pages of legalese that only a lawyer could love.

Current copyright law allows for some exceptions in quoting from protected works. Fair Use states that small portions of a copyrighted work may be quoted, for such purposes as teaching, news reporting, or criticism and commentary (such as a book review by yours truly). Courts have also allowed for fair use in the artistic areas of parody and satire. Some artists have made an entire career from this area of the copyright exception, such as Weird Al Yankovic.

Did You Know: The copyright symbol, recognizable almost everywhere by the symbol © was introduced into the copyright law in 1954.