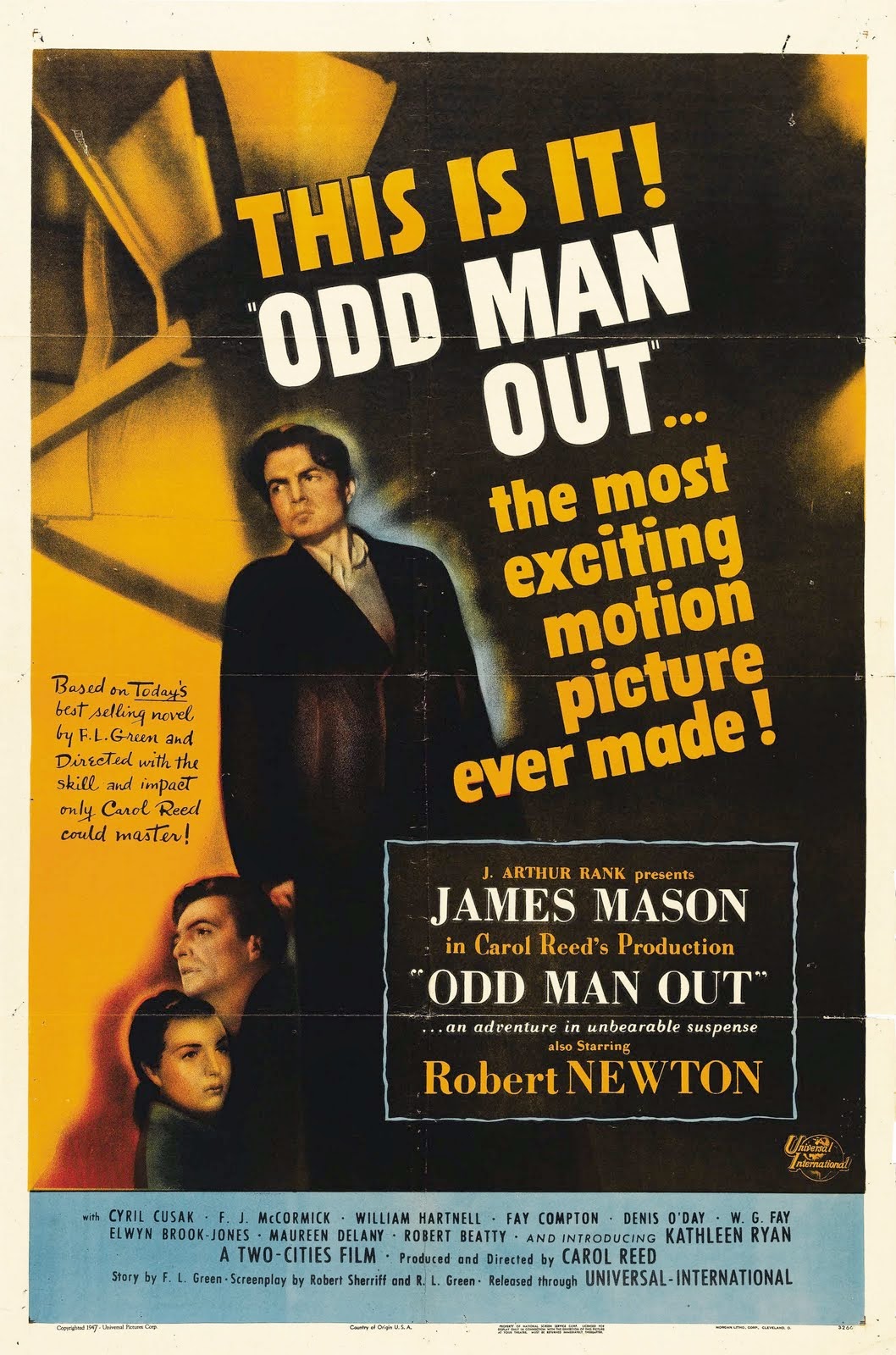 It was on this day in 1947 that Odd Man Out was released in the United States. Set in Northern Ireland, it's the story of an armed robbery that goes wrong when the gang's leader is wounded and left behind by his fleeing compatriots in the IRA. James Mason portrays Johnny McQueen as the wounded gunman who kills a cashier during the robbery and must flee into the back streets of Belfast while the police throw a dragnet around the city.

The lead role was offered first to Stewart Granger, a very popular British actor at the time, but he turned it down. Mason got the part and gave one of the best performances of his career. 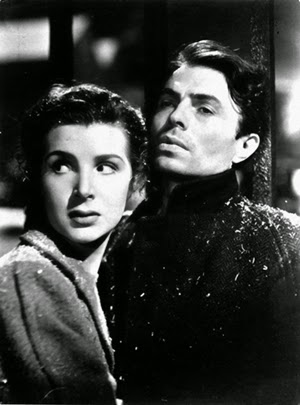 Carol Reed directed the film, and did a brilliant job as he used the dark street settings to enhance the sense of claustrophobia that surrounds Johnny McQueen as he scurries through the streets seeking someone...anyone, who can help him. But each person he encounters is a person who can also betray him. We see the other members of his gang meet this fate when they trust the wrong people. The only person Johnny can really trust is Kathleen Sullivan (played by Kathleen Ryan). But she has no idea where Johnny is hiding, and must venture into the streets to join the search and hope to find him before the police do.

The movie won the BAFTA award for Best British Film in 1949. The New York Times called it "a picture to see, to absorb in the darkness of the theatre and then go home and talk about." James Mason said it was one of his favorite movie roles.