Mystery History - The Murders In The Rue Morgue is published 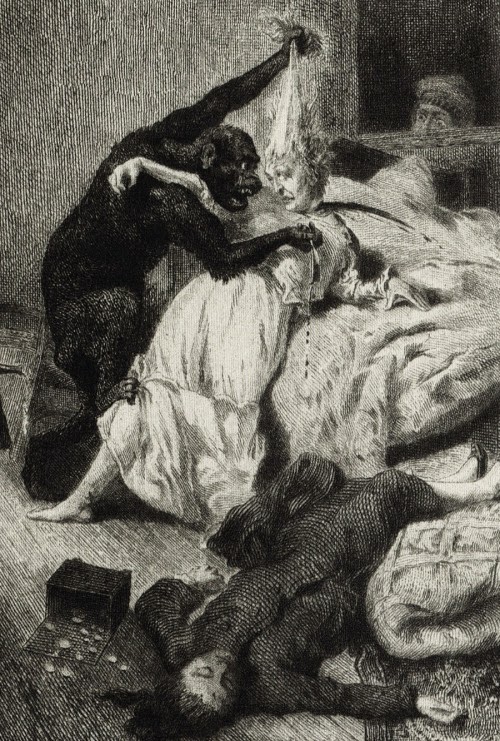 It was on this day in 1841 that The Murders in the Rue Morgue was published by Graham's Lady's and Gentleman's Magazine in Philadelphia. Edgar Allan Poe's tale about a series of mysterious and graphic murders is acknowledged as the first modern detective story. The word "detective" hadn't even been invented yet, through it would appear within a year.

It was originally entitled Murders in the Rue Trianon but Poe renamed it for shock effect. Many of the techniques used in the story later became standard fare in the mystery novel. The Sherlock Holmes character owes much to Poe's story, such as employing the detective's assistant as a narrator and the use of logical deduction to solve the crime. Poe published the story again in his 1845 collection, Tales of Mystery and Imagination.

The story has been redone numerous times on the stage, radio, in the movies, and even as a board game.
Posted by Picks by Pat at 10:57 AM

Email ThisBlogThis!Share to TwitterShare to FacebookShare to Pinterest
Labels: detective, Edgar Allan Poe, The Murders In The Rue Morgue

I have a variation on that story coming out around the end of this year, in an anthology whose existence is still a closely guarded secret. (Cackles fiendishly.)

Looking forward to it! Love your blog.