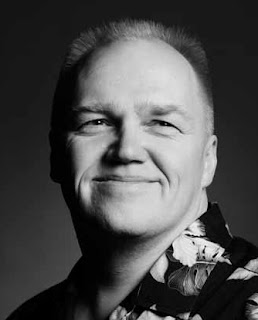 It's the birthday of Tapani Bagge, born October 2, 1962 in Kerava, Finland. He has written dozens of novels in several genres, including children, Young Adult, espionage and historical. In addition he has written for television, the stage and even comic books.

But he is best known for his crime novels (18 and counting), which lean towards hard-boiled noir. They contain considerable black comedy and have won numerous awards, including the The Finnish Whodunnit Society’s annual award in 2007 for his novel Black Sky. Some of his historical crime novels (Black Vortex and Red Shadow) explore the tension and conflicts which arose from the Finnish War with Russia and its effect on a nation struggling to maintain its freedom in the shadow of the Russian bear. Despite their historical setting, they speak of the same crises that trouble Europe today.

As a crime writer he counts among his important influences Elmore Leonard, Donald Westlake, and Joe Lansdale . He was 10 years old when he read his first hard-boiled novel, The Lady In The Lake by Raymond Chandler. "That book really started my never-ending love story with tough guys and dangerous dames, at least in fiction," he said in an interview with FinPop, a website devoted to Finnish culture and the arts. 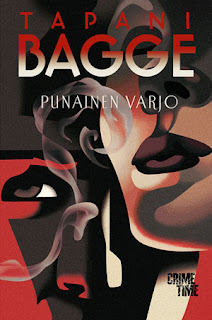 Bagge's work can be hard to find, but Thrilling Detective has posted two of his short stories on their website, The Face in the Concrete, which features Onni Syrjänen, a drunk lawyer forced by lack of funds to do his own detective work. Another story featuring his protaganist Onni is One More Shot.

You can read an entertaining interview with Bagge where he is interviewed by...Tapani Bagge. It's entitled Dancing With Myself.

Based on the limited number of stories I've read, I can say this is a writer worth getting to know. His novels aren't yet available in English. That's a crime that needs to be solved, and soon. Justice delayed, after all, is justice denied.

Bagge on Writing:
"The best part comes when the characters take the story and run, and leave you wondering if they really know where they are heading. That's the most high I've ever gotten, and it leaves no hangover whatsoever."