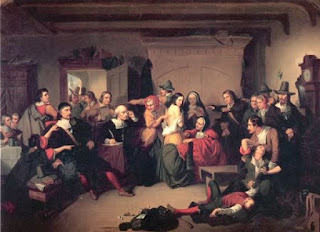 It was on this day in 1692 that seven men and women were hung after they were convicted of witchcraft in Salem, Massachusetts. Used as inspiration by dozens of artists, musicians and writers, the events stun us even today. How did the town descend so rapidly into chaos and madness?

The town of Salem had seen an influx of refugees from the devastation of King William's War in 1689. The strain on resources among the town folk caused a great deal of conflict between the established wealthy and powerful families and the newcomers. By the time the trials ended, the hysteria surrounding the accusations had claimed twenty innocent lives.

It began when some of the teen-aged girls became to bark and yelp like animals and reported seeing strange things. They soon accused their afflictions on three women, one a slave, one a beggar, another an impoverished old spinster. A panel of male judges declared them witches and held them for trial. A declaration of innocence did the women little good. When some of them spoke, the girls broke into convulsions, and this was seen as proof of the accusations. One confession was even extracted from a four year old child!

Some victims were accused simply because they declared that the did not believe in witches, such as Martha Cory (she was one of the women hanged this day). Her husband, Giles, defended her and was also accused. Refusing to enter a plea or recognize the authority of the judges, he was punished by being slowly crushed to death. 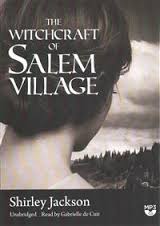 After the Governor of Massachusetts received news of the trials he put a stop to them. He barred further trials, released the remaining accused and disbanded the court.

Today, the Salem witch trials have come to represent hysteria and xenophobia at their worst, and the events inspired numerous works of literature. 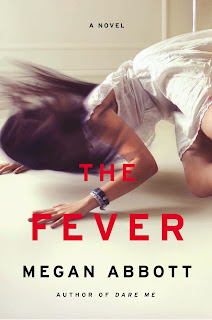 Arthur Miller used the trials as inspiration for his play The Crucible. Shirley Jackson's short story, The Lottery, is said by some to have been inspired by the trials. And elements of teenage angst and hysteria are prominent in Megan Abbott's novel, The Fever (although the author points more directly to strange events in an upper New York state town as her direct inspiration).

A complete list of cultural references to the Salem Witch trials in art, music and literature would be enormous and beyond the scope of this blog, but a partial list is featured here.