Is the ink dry on that list you've made for the coming year? If not, consider adding a few resolutions from my bucket list, 101 Things To Do Before You Die (For Crime Writers). It's lots of fun and may just be useful (though I make no promises). Some of my favorites:

#19. Contact your local coroner and ask to witness an autopsy. Go on an empty stomach and take nose plugs.

# 52. Make a movie trailer for your first/next book release and post it on your blog.

#73. Go into the attic and dig out an old family photo that has a scene or family member who no one remembers or can name. Study the photo. Write their story. Include a crime.

#90. Listen to some Crime Jazz while you write. Click here for a good example, from the original movie version, The Taking of Pelham, One, Two, Three.


Visit The Poe House in the Bronx...In The Spring 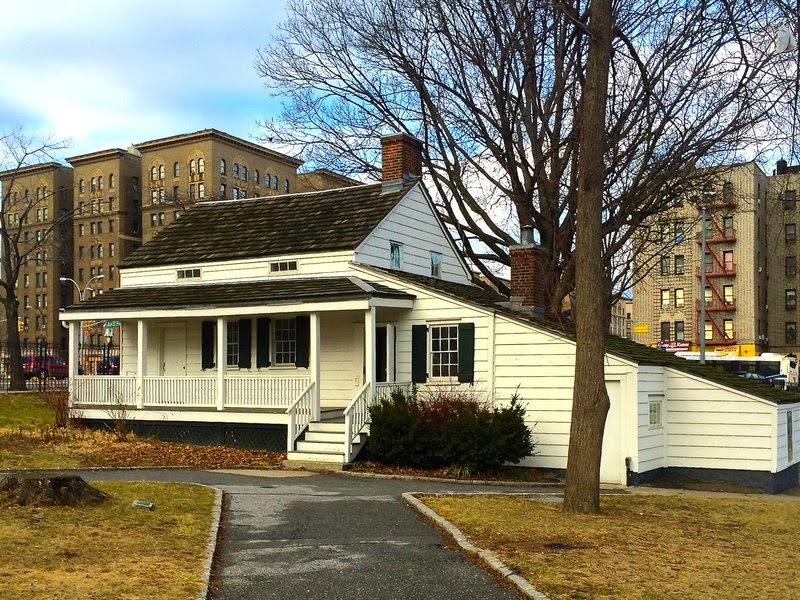 You may not want to visit this week, but as the weather warms up, consider a pilgrimage to one of the lesser known Poe homes, located in the Bronx. I didn't know it still existed. Smithsonian Magazine has a great article on the home that Poe occupied from 1846 until his death three years later.

At the time the cottage was in a scenic woodland, and Poe rented it for 100 dollars a year. It served as the inspiration for the final story published during his lifetime, published on June 9, 1849. You can read the story here: Landor's Cottage.

Brave souls are traveling to Chicago next week for the Love Is Murder Writer's Conference. Lots of great authors will be there, including Marcus Sakey, Heather Graham and Shane Gericke. Even if you're not going, check out the website for some great news in the world of mystery, including Weird Writing Rituals, (example, Vladimir Nabokov liked to write in a parked car).

If you like a warmer setting, try the SleuthFest 2014 Writer's Conference, taking place in Orlando, Florida at the end of February. Laura Lippman, Ace Atkins and Hank Phillippi Ryan will be there.

NBC has announced they are cancelling plans for a new version of Murder, She Wrote, which would have starred Octavia Spencer as the amateur sleuth. The original series ran for 12 years from 1984 to 1996. NBC may revive the idea at a later date.
Posted by Picks by Pat at 9:57 AM

Email ThisBlogThis!Share to TwitterShare to FacebookShare to Pinterest
Labels: 101 Things To Do Before You Die, Crime Jazz, Love Is Murder, New Years Resolutions, Poe House, SleuthFest

Poe Cottage! Love it! I grew up across the street and visited it many times. Living there is what started me reading all Poe's work. Poe Park and the cottage played a role in my first published short story.
Absolutely right--everyone should visit--only a few subway stops north of Times Square.

Thanks for this reminder.
Terrie Farley Moran