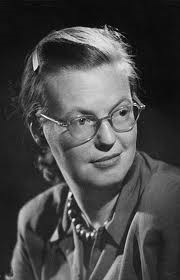 It's the birthday of Shirley Jackson, born December 14th, 1916. The author of numerous stories and novels of suspense, horror and the supernatural, she gained international fame with the publication of her short story, "The Lottery".  The story takes place in a small New England town during an annual event. It ends with a drawing, in which the unlucky winner is stoned to death in public. After it's appearance in the New Yorker, the magazine received hundreds of letters demanding an explanation, canceling subscriptions or spewing abuse. Jackson claimed that some of the letters came from people who wanted to know where the lottery was held, so they could attend and watch. Today, the story is recognized as an American classic.

Ms. Jackson gave this explanation of the story in a newspaper article a month later, stating "I suppose, I hoped, by setting a particularly brutal ancient rite in the present and in my own village to shock the story's readers with a graphic dramatization of the pointless violence and general inhumanity in their own lives."

In hindsight, the answer made perfect sense. Only three years earlier, World War II had finally ended, costing 50 million lives, most of them civilian. The stench of the Nazi death camps was still a fresh memory. Even after the war, the globe was still in turmoil. The Cold War between the United States and the Soviet Union had begun. Just days before the story was published, the Russians cut off access to West Berlin in an effort to starve out the allies, and America once again stood on the brink of war. To a nation looking to put the past behind them and restore a semblance of sanity, the story was an unwelcome reminder of what human beings were capable of doing to one another. The twist in the story was responsible for much of its shock. It started as cozy, but finished as noir. 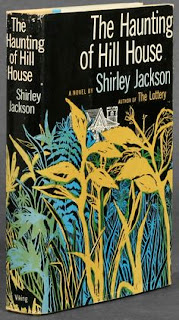 The story made her famous, but Shirley Jackson did not stop there. She wrote a thousand words a day almost her entire life and produced novels of horror and the supernatural that were both popular and critically acclaimed. The Wall Street Journal called The Haunting of Hill House "the greatest haunted-house story ever written". Describing her inspiration behind the novel, Shirley Jackson said "I had no choice. The ghosts were after me."

In 2010, the Library of America published a collection of her novels and stories. In an LOA interview with the editor Joyce Carol Oates, a quote appears calling Jackson's novel, We Have Always Lived in the Castle, "a masterpiece of Gothic suspense...". You can read Ms. Oates' review in the New York Review of Books.

In addition to her fiction, Shirley Jackson wrote non-fiction memoirs detailing her family life with a household of children, including Life Among The Savages and Raising Demons. She died of a heart attack in 1965. She was only 48 years old.

After her death, more of her stories were discovered and published. In August 2013, the New Yorker published her short story Paranoia for the first time. In that same month, Ms Jackson's story Louisa, Please Come Home appeared in the suspense anthology Troubled Daughters, Twisted Wives. Shirley Jackson won an Edgar Award for this story in 1961, and another in 1966 for the short story, The Possibility of Evil. 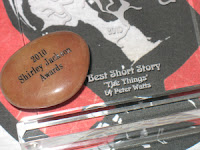 In 2007, the Shirley Jackson Awards were created in her honor to recognize writers who demonstrate "outstanding achievement in the literature of psychological suspense, horror, and the dark fantastic". The award is a small, polished, and engraved stone that fits comfortably in one's hand...perfect for throwing.