Fear of Friday the 13th Has a Long History 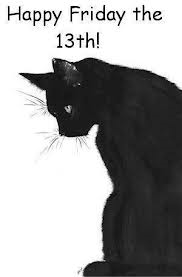 Today is Friday the 13th, a day so rooted in ancient fears and phobias, that even in this modern age, it paralyzes some people. According to an article in the National Geographic, fear of this date will effect at least 17 million people and cost the economy almost a billion dollars in lost productivity. One historian traces the fear to the number 13 and an old Norse legend. Other associations are rooted in religion. Judas, for example, is the 13th guest at the Last Supper and betrays Christ to the Romans.

In 1980, the teen slasher film Friday the 13th was released and has spawned an entire horror movie industry.

Even today, most buildings and high rises have no 13th floor, and your chances of being assigned room 13 in your local hospital or inn are practically nil.

In a bizarre coincidence, the Apollo 13 mission, which crippled the spacecraft and nearly cost three astronauts their lives, was launched on 4-11-70. The digits total to 13. The launch time was 1:13 PM, 13:13 in military time. The crew was scheduled to arrive at the moon on April 13th. The rest, as they say, is history.

By the way, the fear of Friday the 13th is known scientifically as  friggatriskaidekaphobia. Bet you can't say that fast three times in a row.


More Gift Ideas for the Holidays 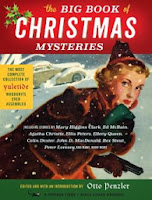 Mystery Scene Magazine has a great book list out if you're looking for gift ideas. There's something in here for everyone, whether you've been naughty or nice, including a travel book by Agatha Christie and a bio of  Raymond Chandler. New works include a recently discovered treasure chest of Dashiell Hammett stories and a great anthology of female suspense writers put together by Sarah Weinman. There's even a collection of Christmas mysteries edited by Otto Penzler.

Best Crime Fiction 2013 from down under by Fiona Hardy.

NPR Guide to the best Mysteries and Thrillers.

Best Books of the Year from the St. Louis Post Dispatch.

An interesting article crossed my desk from Slate Magazine, suggesting that while we all crow about the importance of creativity in our lives and jobs, we really don't like it.

Could this be true? After all, every resume on the planet probably contains some reference to "thinking outside the box". But in the real world, we prefer risk averse behavior, and working with people who fit inside the box...and the cubicle.

A study from Cornell University confirms this theory. But in a surprise, according the author of the study, Barry Shaw, "The effect can liberate creative people from the need to fit in and allow them to pursue their interests."

This may not be as crazy as it sounds. Many a great work of art has originated from misfits and nonconformists. The very act of writing a novel to completion is a massive act of creativity that very few of us 6 billion people ever accomplish. How many times have you ever heard the phrase, "I've always wanted to write a novel"? And how many of those people ever do?

Perhaps that's for the best. Frankly, I don't have time to read the pile of books I've got on my nightstand now!
Posted by Picks by Pat at 11:21 AM