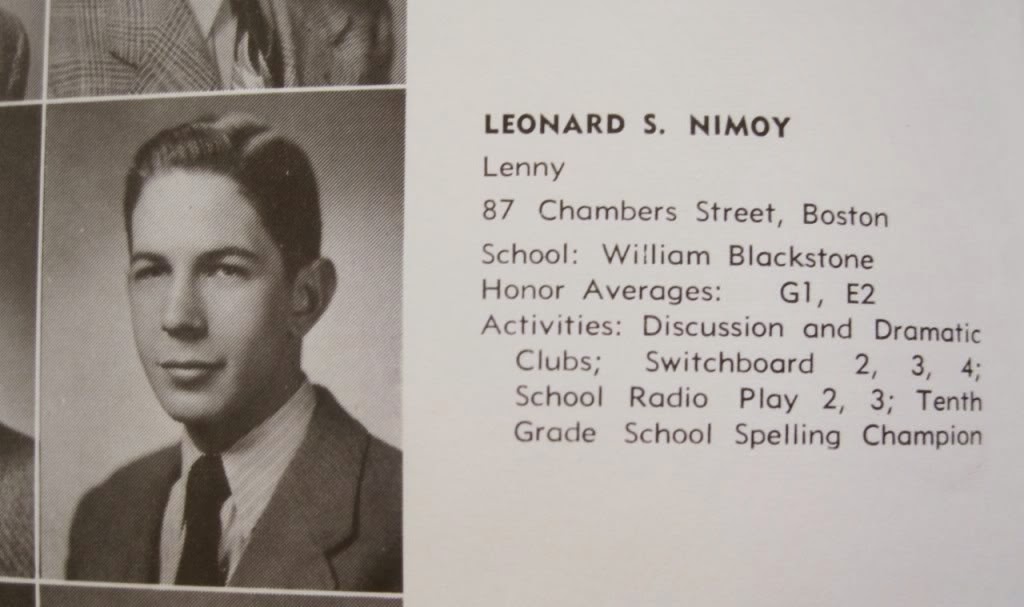 It's the birthday of poet and writer Leonard Nimoy, born March 26, 1931 in Boston. Although he wrote in English, Yiddish was his first language, and he spoke and read it fluently all his life.

Nimoy was the author of two autobiographies, several volumes of poetry and numerous scripts and sketches, including several written for the Army Special Services branch while doing his military service in Georgia in the 1950s. He also signed a recording contract and sang or narrated several pop music albums. The reviews for his first album described his vocals as "pleasantly rugged".

Later in life he worked in black & white photography and his photos can be found in many exclusive art galleries. He directed several movies, including Three Men And A Baby, which was the highest grossing movie of 1987. Ticket sales in the U.S. alone topped 167 million dollars. The budget was a mere 11 million dollars.

There was almost no creative medium he did not attempt, and although he was not equally successful in all of them, he was always distinctive and often original.

He is of course, most famous for his acting, particularly the role of Mr. Spock, created for the television series Star Trek. The sci-fi series, which explored space in a futuristic setting and which declared at the beginning of each episode that its mission statement was "To boldly go where no man has gone before", was gone after just three seasons.

Yet it broke new ground and inspired a die hard group of fans whose buoyant devotion would resurrect Star Trek through a series of movies, additional TV shows and even a cartoon. The original Star Trek often tackled weighty issues like racism and what it means to be human, themes that were easier to get away with when the cast was filled with space aliens. Leonard Nimoy's cerebral and logical Mr. Spock eventually garnered more fan mail than Captain Kirk. He was "the conscience of Star Trek" according to the show's creator, Gene Roddenberry. 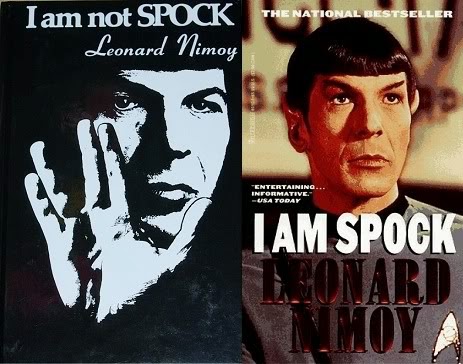 After the series ended, Nimoy continued to work in television and in 1975 published his first autobiography, I Am Not Spock. Some fans saw this an attempt to refute his character, but Nimoy stated he was merely exploring the conflicts that arise between an actor as a person and his character. For someone as famous as he, it was a difficult balancing act.

His second biography, I Am Spock, came out in 1995 and discussed in depth the creation of Spock and how Nimoy influenced the character.

Star Trek fans bought the biographies.  His volumes of poetry did not sell as well. But as an actor and a writer he inspired many fans and writers to "go where they had not gone before".

Click here to read Ryan Britt's tribute to Nimoy,  How Leonard Nimoy's Spock Taught Me To Be A Writer.

And if you can't get enough of Leonard Nimoy (and who among us can?), check out  Leonard Nimoy - 14 Things You Didn't Know About His Career.

Now then, does anyone know where Sheldon put that napkin with Leonard Nimoy's DNA on it?

Email ThisBlogThis!Share to TwitterShare to FacebookShare to Pinterest
Labels: I Am Not Spock, I Am Spock, Leonard Nimoy, Star Trek, Three Men And A Baby, Writers Born Today

Pat, I'm visiting from Janet Reid's blog, just waving a paw to say hello! I like your blog very much, especially this Leonard Nimoy post!

Nice to meet you Lilly! I'll have to pay you a visit. Glad you like the blog.

As a biography is an account of another person's life, in a way it is easier to write, because you being the outsider can write impartially without having the emotional attachment. bio writer service