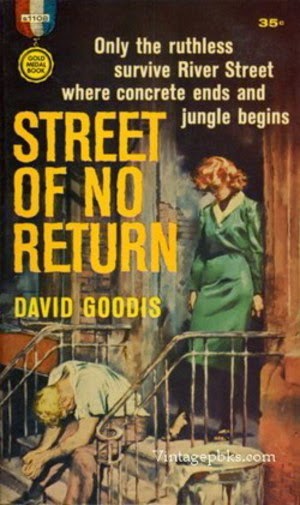 It the centennial birthday of crime novelist David Goodis, born March 2, 1917 in Philadelphia, Pennsylvania. He wrote of down and out men and women searching for the American Dream but not finding it. Pulp stories were his bread and butter and many of them found their way into magazines like Dime Mystery and Gangland Detective Stories.

Described as the "Poet of Losers" his novels are considered classics of noir fiction. With titles like Retreat From Oblivion and Street Of No Return, his work described a bleak landscape of urban decay and the impact it had on the men and women who struggled to break free of it. Despair led to crime, but rarely escape. As one reviewer put it, "Goodis didn't write novels, he wrote suicide notes".

Goodis became a best selling writer with the novel, Dark Passage, which first appeared in the Saturday Evening Post as a serial and was later made into a movie starring Humphrey Bogart and Lauren Bacall. The novel is considered his masterpiece. It tells the story of an escaped convict who undergoes plastic surgery to disguise his face. His days are puntuated by loneliness and fear of being discovered as he searches for his wife's killer, a crime for which he was convicted. 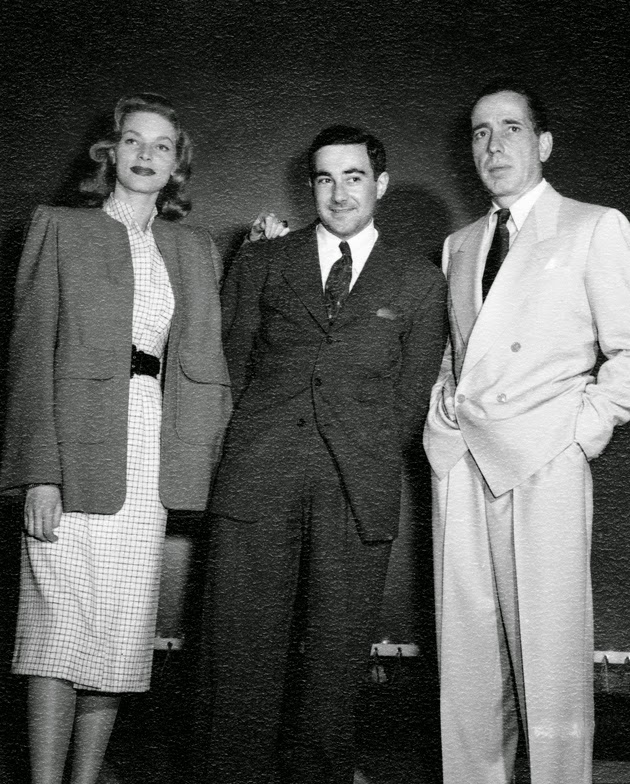 He worked as a screenwriter in Hollywood for a while but never duplicated the success he achieved with Dark Passage. He returned to Philadelphia and lived with his parents in their downtown rowhouse. He continued to write novels whose themes turned ever darker as time passed.

David Goodis died of a stroke in 1967. Depending on who you ask, he was either killed because of a robbery attempt, a bar fight, or as a result of shoveling snow. It was as if he was overwhelmed by the forces that had destroyed so many of his characters. He was 49 years old.

His reputation and influence grew after his death, and he received the ultimate tribute in 2012 when the Library of America released a collection of his best work, Five Noir Novels of the 1940s  and 50s.

Film maker Edward Holub created a haunting and sympathetic documentary on the life of Goodis which you can view below. It's well worth your time.