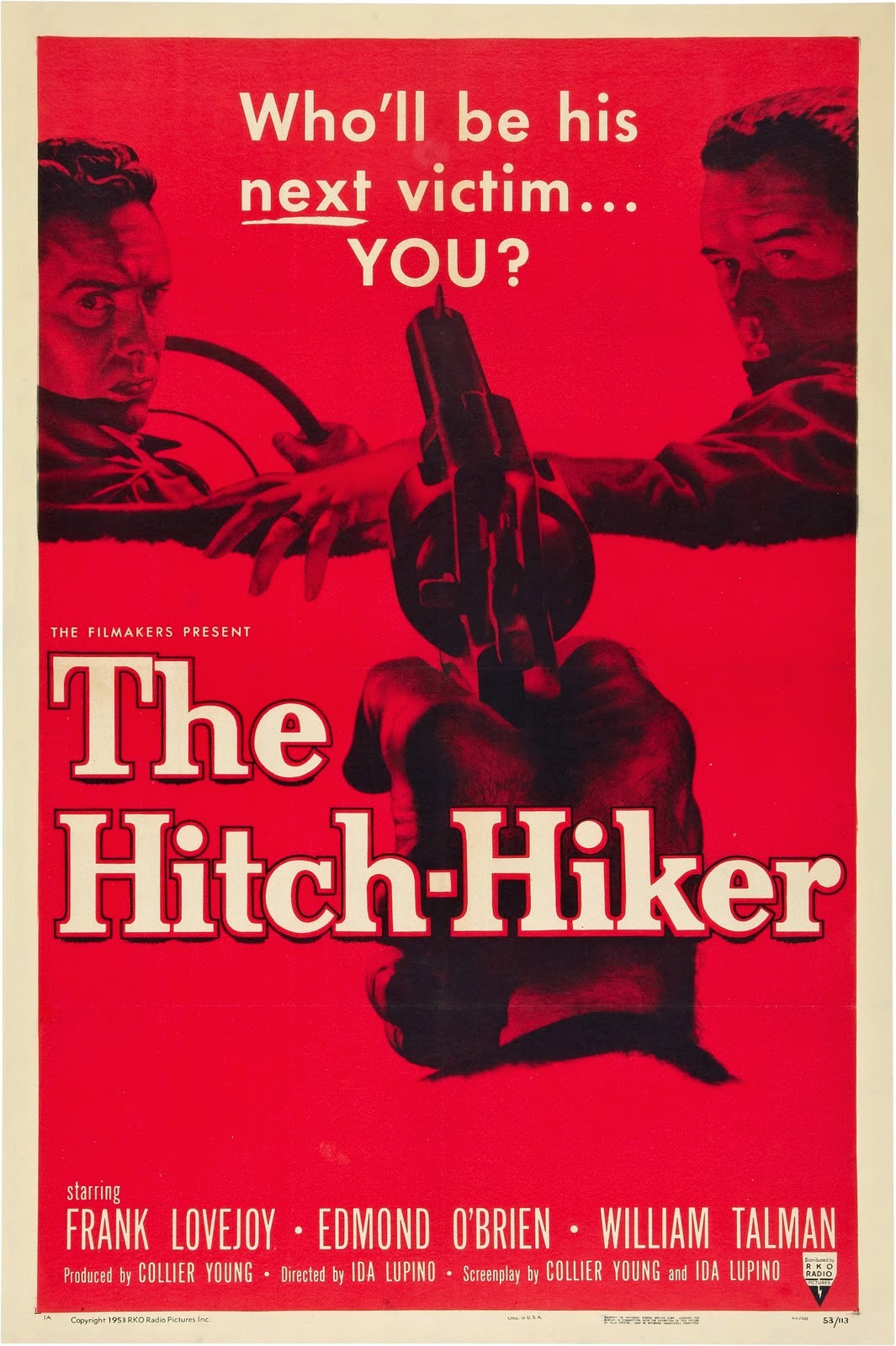 On March 21, 1953, The Hitchhiker was released in U.S. theaters. The first film noir directed by a woman, it tells the story of a psychopath thumbing his way across the southwest. At the end of each trip, he rewards his Samaritans by murdering them. It was a low budget B thriller, but it had several current and future stars in front of and behind the camera.

Emmett Myers, the killer, is played by William Talman, who became well known as the prosecutor Hamilton Burger in the Perry Mason TV series.  The Hitchhiker was one of the best performances of his career. His brutal treatment of the victims coupled with his physical deformity (a strange unblinking eye) lent shocking power to the role.

Edmund O'Brien and Frank Lovejoy played the vacationers Roy Collins and Gilbert Bowen who pick up Myers. Myers forces them to drive to Mexico while uttering a constant barrage of death threats and insults. Suspense is created by the efforts of the men to escape and the tension of not knowing whether they will survive.

The players were well established in Hollywood, despite the low budget afforded this independent film. O'Brien had made a spectacular impression two years before as a walking murder victim in D.O.A.  Frank Lovejoy played mostly supporting roles but was a reliable and solid actor. 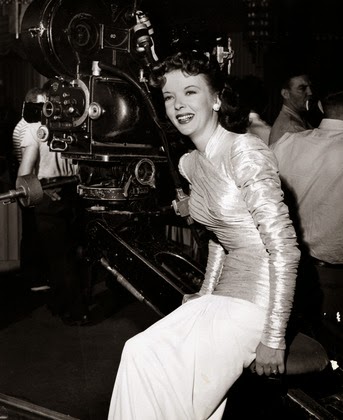 The most surprising performance of the film came not in front of the camera, but behind it. Ida Lupino was a rarity in the male dominated world of Hollywood...a director. She had begun her directing career by accident when the director for The Bigamist fell ill and she stepped in to take his place.  She not only directed the film but co-starred with Edmund O'Brien.  Lupino had been an actress for many years and her interest in directing first bloomed while she was on suspension for refusing a film role.

The Hitchhiker was well received, but the idea of a female director was still so new that the studio was on the defensive and released an interview for the press upon the film's release entitled "Ida Lupino Retains Her Femininity As A Director". She survived the scrutiny and went on to a long career as a director for movies and television, including Thriller and several Alfred Hitchcock episodes.
Posted by Picks by Pat at 10:57 PM