Michelle Knight, who escaped from Castro's infamous house of horrors exactly one year ago, has released her memoir, Finding Me. A press release from Galley Cat is here.  In the book, she chronicles her 10 year ordeal as a captive and slave of Ariel Castro. One thing for sure, this woman is a survivor. Here's hoping she can find some healing by telling her story. Writing is therapeutic and often healing.

Stories like this can serve a useful purpose when they inspires us to forge ahead under insurmountable odds, like Michelle did. But it can also stir people to action. There are a lot more Michelle Knights out there, both men and women, whose families are still searching for them.

You can help. The Doe Network is a volunteer organization that helps law enforcement on cold cases and finding missing persons. Check out their website, and help bring home more of the missing.


This Guy Needs To Do More Homework

A man who had an argument with his girlfriend finally picked up a book. But instead of reading it, like he should, he used it to strike his girlfriend. The book, by the way, was a text from his anger management class.

Perhaps he's unclear on the concept.

For now, the suspect has been charged with criminal domestic violence and book abuse. Read more about it at The New York Daily News.

Cornelius Gurlitt, the art collector whose apartment was raided by police last year and who held hundreds of pieces stolen by the Nazis, has died. In a surprise to everyone involved, he bequeathed the entire collection to the Kunstmuseum Bern in Switzerland, according to an article in the Wall Street Journal.  The collection included works by Pablo Picasso and Henri Matisse, such as the one shown here, Sitting Woman. 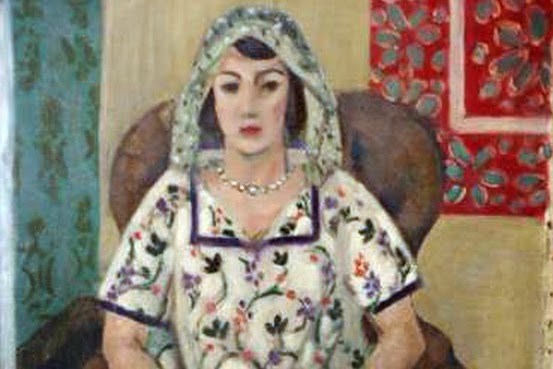 Gurlitt was at first defiant, complaining about the seizure and vowing not return one piece of art. Later, he began negotiations with authorities to return those artworks that were stolen to their owners, but talks broke down soon after they started. Gurlitt came to own the art through his father, Hildebrand Gurlitt, who was a favored art dealer and was chosen by Hitler to be the future director of a museum dedicated to Nazi art.

Despite the will, the Bavarian Justice Ministry has created a special task force to research the origin of the disputed artwork, and will continue its efforts to return any looted pieces.


Duchess of Devonshire Auctioned in London, May 6th 1876, Then Stolen By "Napoleon of Crime" 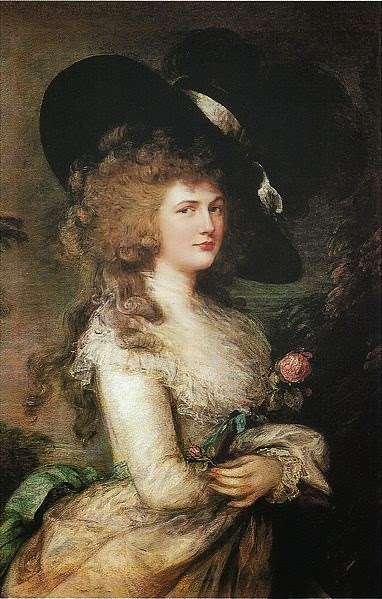 The portrait has a history that could have come straight from a movie script for Indiana Jones.  It has previously disappeared in 1785 and turned up in the home of a school teacher in 1841. It eventually found its way to the home of art collector and businessman Wynn Ellis. Upon his death, the painting was auctioned.

The sale attracted a great deal of interest by art dealers, wealthy businessmen...and one criminal mastermind named Adam Worth. Worth was an American born in Massachusetts who started his life of crime by repeatedly deserting during the Civil War, each time after collecting the signing bonuses which were issued. He later graduated to pickpocketing and bank robbery before jumping the Atlantic to England, where he set himself up as a "respectable" banker. Pinkerton's Detective Agency called him "the most remarkable, most successful and most dangerous professional criminal know to modern times", and Scotland Yard referred to him as the "Napoleon of Crime". He may have been the real life model for the fictional Professor Moriarty, nemesis to Sir Arthur Conan Doyle's Sherlock Holmes.

Adam Worth stole the painting two weeks after the auction and it disappeared for 25 years. But by 1899 Worth was a broken man, having served a long prison term for other crimes (including a famous diamond theft). He approached the Pinkerton Agency to negotiate the return of the painting, which he still had hidden in a warehouse. In 1901 the art dealer's son traveled to Chicago from London and at the Auditorium Hotel Worth handed him the painting for an unknown sum.

To read more about this fascinating story (and to see how it ends), check out the New York Times Magazine article by Ben Macintyre, The Disappearing Duchess.