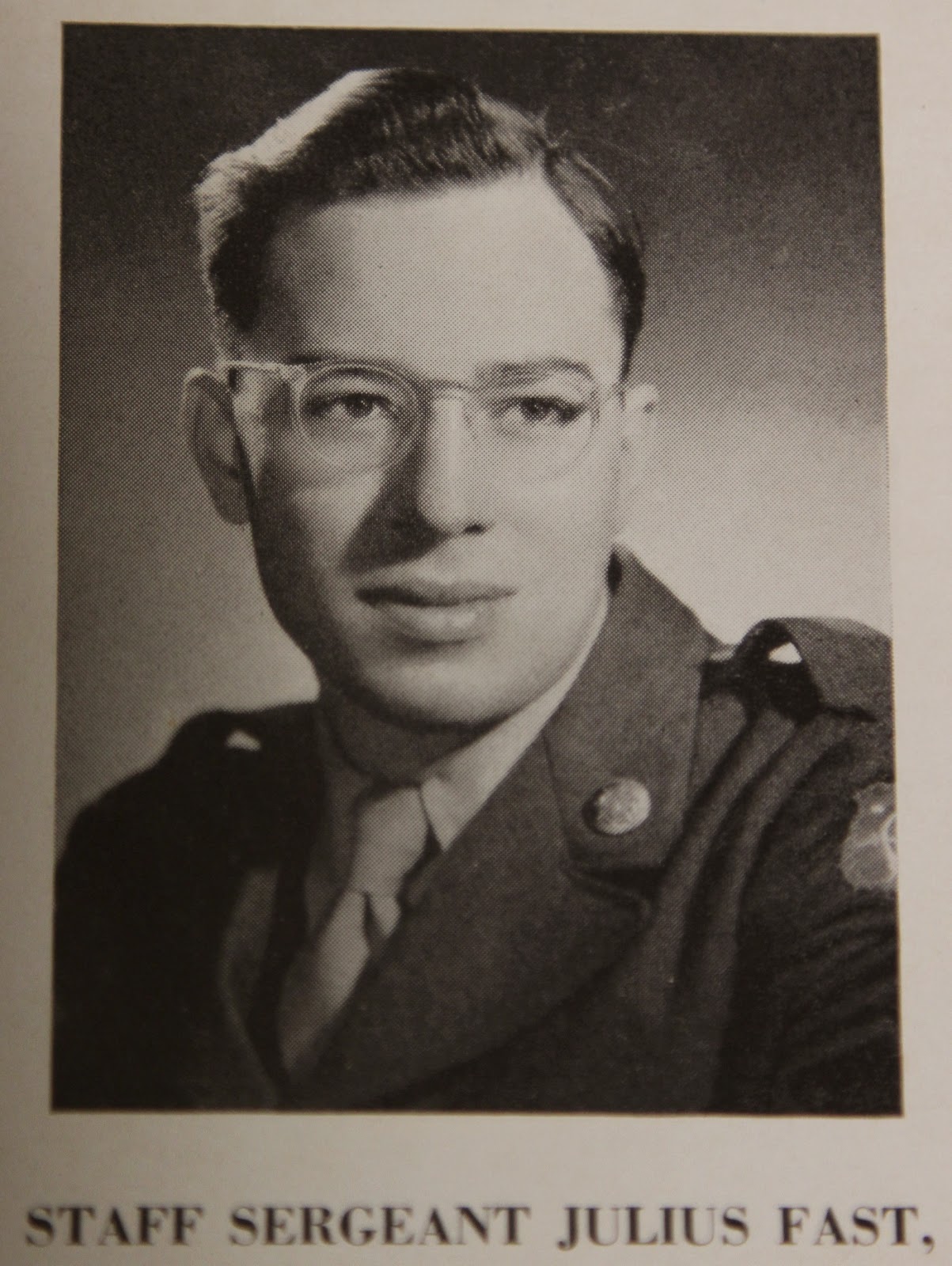 The presentation of the 2014 Edgar Awards is just a few hours away. By late evening or early morning, we'll know the winners.

But do you know who won the very first Edgar given for Best First Novel in 1946?

Meet Sgt. Julius Fast, who was still in the army when his debut novel, Watchful At Night, was published. Fast's protagonist suspects the accidental shooting of an army buddy was really murder, and follows a trail of clues to uncover a domestic spy ring.

The novel got good reviews (the Saturday Review called it "well worth reading") and it was selected as the winner of the first Edgar Award in June 1946 by the newly created Mystery Writers of America. The award included a special leather-bound edition of "The Portable Poe" by Viking Press. The now classic Poe Statues given out tonight hadn't been created yet.

Other awards were given for Best Picture of a Mystery Nature, to Murder, My Sweet (based on the Chandler novel Farewell, My Lovely), Best Radio Mystery Program (it was a tie between The Adventures of Ellery Queen and Mr. and Mrs. North), and Best Mystery Criticism to Anthony Boucher for his reviews and commentary.

I wish all the nominees Good Luck, and for the attendees, you have an exciting evening ahead of you. For the rest of us, I'm sure we'll all be watchful at night until the winners are announced.
Posted by Picks by Pat at 2:04 AM