You've really got to hand it to the Irish. We're known for telling outlandish stories, but this one may be a bit of Irish Crime Fiction. Criminal gangster John Gilligan was shot four times in an assassination attempt last week in Dublin. But from his hospital bed, he told police that he has no enemies and that the shooting was "just a misunderstanding".
Gilligan, a suspect in the murder﻿ of Irish crime reporter Veronica Guerin, was released from prison only 5 months earlier after serving twelve years for drug trafficking. Rumor has it that he has been trying to re-establish his power in the criminal underworld, with mixed success.
Read more about this 'misunderstanding' in the Irish Mirror.
Prisoners Allowed To Buy Mobile Phones 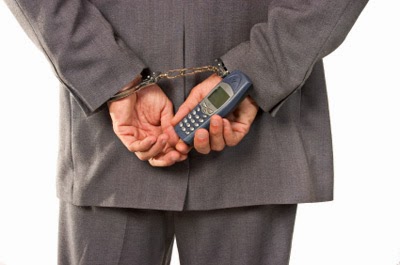 Most prisons struggle to keep cell phones out of the hands of prisoners. But you know how we Irish love to gab. Several prisoners in Loughan House jail have been given permission to buy and use cell phones while serving their sentences, including one man convicted of manslaughter. The Irish Prison Service has recommended the change, and other prisons have already begun offering the benefit in County Wicklow. Not everyone is happy about the new policy, however. Justice Committee member Finian McGrath expressed his displeasure and said, "People have got to get the message that prison isn’t a luxury hotel."


Before you know it, they'll be handing out things like condoms to the prisoners. Oh, wait.
Thieves Swipe ATM Machine Through Bank Wall 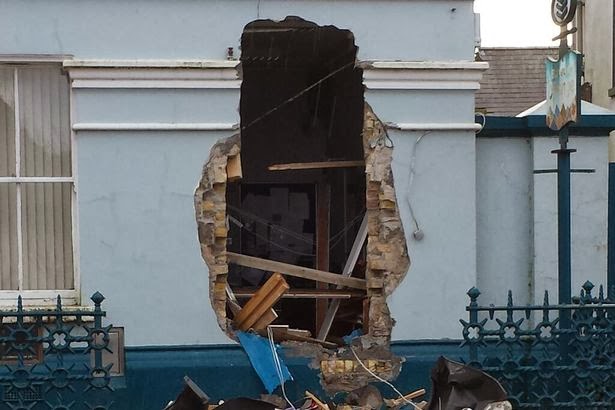 Thieves in Sligo used a digger to break through a bank wall and haul off an ATM machine. Police are asking the public for help in identifying the driver of a white Nissan pulling a trailer in the Teeling Street area between the hours of 4 AM and 6 AMon January 29th. The ATM has been recovered. No word on whether or not the robbers triggered an alarm at the bank, but judging from the size of that hole in the wall, it's hard to believe no one was roused by the event. Just the facts, if you please.
Criminals Betrayed By Sweet Tooth
It didn't take long for police to apprehend three men who robbed a gas station in Palmerstown. The trio got only a small amount of cash, but helped themselves to plenty of candy. Dropping sweets as they ran, police followed the trail and found the men divvying up their ill gotten gains. They're now sitting in jail awaiting a hearing...without dessert, one hopes.
Dublin Cost Of Living Goes Up...Again
Finally, this may be the worst crime of all.
If you've ever thought of returning to the green fields of Ireland to live or retire, beware. The cost of living in Dublin's fair city is going up. It's now the 21st most expensive city in the world. That's up 13 rungs from last year's spot at 34.
Oh, the humanity!
Posted by Picks by Pat at 10:16 AM