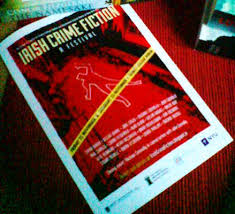 St Patrick's Day is upon us, but before you head out for the parades, dig into a meal of ham, potatoes and cabbage, or down another Guinness, I'd like to talk to you. You're missing out on some of the best things Ireland has to offer. I'm not talking about the beer, or the whiskey, or even the vastly improved food.

I'm talkin' about the crime fiction!

It's booming, and you're missing out if you haven't read Brian McGilloway, Tana French, Declan Hughes, and Jane Casey, among others. This is the Golden Age of Irish Crime Fiction, according to an article in the Irish Times. And although the Irish have a reputation for exaggeration, this claim is dead to rights.

Some of the fiction focuses on the difficult history under British occupation, but many new writers spotlight "The Troubles", as they're called in Ireland and also the recent economic recession that struck hard among the working class.

"Crime fiction has taken off in Ireland over the past few years with a number of our best writers winning awards and making an impact on the international scene," says Brian McGilloway. Check out his list of the 10 Best Modern Irish Crime Novels, featured in The Guardian.

And Declan Burke, who writes one of the best blogs around on Irish Crime Fiction, featured his own list of favorites on his Saint Patrick's Day Massacre post. By the way, he's no slacker when it comes to story telling. According to Brian McGilloway, Burke's novel The Big O  "recalls Elmore Leonard at his best".

And crack on some fierce Irish crime fiction, lest someone think you're an eejit.
Posted by Picks by Pat at 8:16 AM