Veterans who fought with the pen as well as the sword.

Here's a salute to the veterans who fought for our country and our allies, and a look at some of them who survived long enough to write about it. Although war cannot be rendered through written words alone, these men have tried to help us see what they saw and felt. We are the richer for their efforts. 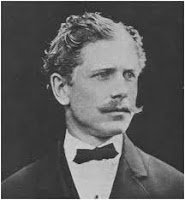 Ambrose Bierce Served with distinction and honor in the Civil War. He did not shrink from describing the horrors he saw, and yet loved being on the battlefield. His short story, An Occurrence at Owl Creek, is an American classic. After the war, he wrote about politics and corruption surrounding the Central Pacific Railroad. The company tried to bribe him to shut up, failed, and was forced to pay back 75 million dollars to the taxpayers. In 1913, at the age of 71 and still hungering for adventure, he went to Mexico to cover the revolt by Pancho Villa. His last letter from Chihuahua, Mexico was dated December 26, 1913. It was the last anyone heard from him. To this day, his disappearance remains a mystery.

Wilfred Owen English soldier and poet who saw action at the front lines in France during World War I, the war to end all wars. His most famous poem, DULCE ET DECORUM EST, described the cruelty and suffering experienced by victims of a poison gas attack. In 1925, the Geneva Convention banned the use of poison gas in war. As of this year, 188 nations have agreed to be bound by international law restricting the use of chemical weapons.

Owen was killed in action one week before the war ended. His mother received the telegram announcing his death on Armistice Day as the rest of the country celebrated. 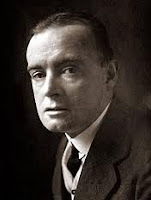 Saki  A modern master of the short story, H. H. Munro wrote macabre tales that satirized authority figures. The children in his stories often turned the tables on their tormentors. His most famous story, The Open Window, is required reading in most high school and college English texts. He served on the western front from 1914 to 1916. In an ironic twist that he would have appreciated, he was killed by a German sniper while barking an order at a soldier who struck a match. His last words were "Put that bloody cigarette out!"

Kurt Vonnegut  A veteran of World war II, Vonnegut was captured while fighting in the Battle of the Bulge. Imprisoned in a basement in Dresden with other POWs, he survived the firebombing that destroyed much of the city. He evetually turned this wartime experience into one of his most famous novels, Slaughterhouse-Five.

Julius Fast  Served in the US Army Medical Corps during World War II. He was a self-proclaimed outdoorsman. "My other hobby was hiking, till the army cured me of that", he quipped.

His first published work, Watchful At Night, was awarded the first Edgar ever given by The Mystery Writers of America.