Debt To Pay Is Worth Every Penny 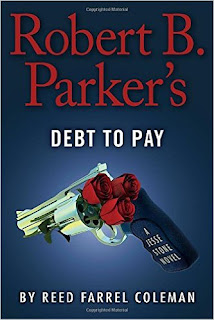 When the author of a popular series dies, the series sometimes dies with them. Such might have been the case with Robert B. Parker and the popular Jesse Stone novels. But the series has been taken over by Reed Farrel Coleman, a dues-paying crime writer with multiple awards in the genre.

Still, it's difficult to continue a series when another writer has to duplicate the flavor of a series for fans who have come to expect a certain style. But Coleman pulls it off with his latest contribution in the Jesse Stone saga, Debt To Pay. The publisher has made an excellent choice.

Jesse Stone is facing major changes in his life. He's fallen in love, and his ex-wife is getting remarried. Jenn wants him at her wedding, a sort of final farewell to their relationship. Jesse declines, even after a friendly phone call from Hale Hunsicker, Jenn's fiancee, which makes it clear that he would be welcome. But Jesse changes his mind when Mr. Peepers, a sick killer with a taste for revenge sends him a picture of Jenn with a veiled threat. Mr. Peepers was once shot by Luther 'Suitcase' Simpson, one of Stone's officers and Peepers blames Jesse, among others, for it. He's a master of disguise who appears out of the mist like a phantom and subdues his target before they even realize they're in danger. He then delights in torturing his prey before killing them, sometimes with the victim begging to be put out of their misery. 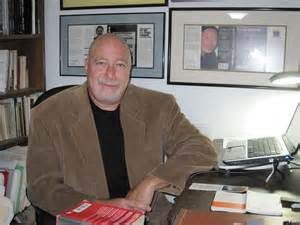 With some clever detective work, Jesse discovers that Mr. Peepers may have already dispatched one of the men on his hit list; Gino Fish, a local mobster who originally put Stone in contact with Mr. Peepers. But the stress of protecting Jenn and watching his own back causes Jesse to begin drinking again. Jesse has plenty of allies in his hunt, including Hale Hunsicker, a wealthy real estate developer with a first rate security team, Stone's girlfriend Diana (an FBI agent) and Detective Healy, from the Boston Police department. Will it be enough? No one is safe with Peepers on the loose, and as each person close to Jesse falls under the gaze of this psychopath, the reader is left with the impression that anyone one of them could be the next victim.

Parker's straightforward style keeps the story going at a good clip. Readers will enjoy the chase. Coleman gives enough backstory to satisfy a new reader of the series without bogging down the pace for those familiar with the series. Pick up this novel and start reading. If you don't have the cash, put it on your credit card. It's a small debt to pay, and worth every penny.